The first biggest success of Viktoria was in 1922, when they won the Championship of West Bohemia. Viktoria coupled with 8 other teams acted in a sovereign way, no match was lost and there was only one draw. Viktoria was winning this championship for the next 6 years and in 1926 they won the title of the Junior Championship of West Bohemia. During this year Viktoria organized a big trip to Spain where 6 matches out of 9 were won, 1 draw and only 2 matches were lost. In May 1926 Viktoria went to Jugoslavia where 8 matches were played with different results. The club became more and more famous within European football; they also celebrated the 15th anniversary of its origin. There were also 3 trips to France in 1933, which were very successful. The team played 12 matches and they won 9 of them.

Under the 1st Republic Viktoria were written into the football history of 1935, when they started in the Middle-European Cup because of the 4th place in the home league. Unfortunately their competitor in the 1st round was Juventus Turin, in which they had several world champion players from 1934. The game finished 3:3, which was played in Luční Street in front of an audience of 18 000 spectators. These are the names of the Viktoria players: Dědič - Wana, Mudra, Bešťák, Biro, Vlček, Horák, Čulík, Červený, Hess and Bína. However in Turin they were beaten 1:5 and were knocked out. Nevertheless, the whole of European football now knew the name of FC Viktoria Plzeň. In 1935 Viktoria also played several successful matches in the north of Africa.

The year 1939 was mostly taking up travelling the north of Europe. It was one of the most successful years, which were taken by the Czechoslovakian teams. 14 matches out of 17 were won, 1 draw and only in 2 of them Viktoria was beaten. The competitors were, for example, the national team of Latvia or Lithuania.

In 1948 Viktoria ended up in 2nd place after Slavia Praha in the 1st League, but it was not an official and complete league year. Since 1949 our football leagues changed their organization according to the Russian model of their system of Spring and Autumn, that is why in autumn 1948 only half of the year was played. This year was successful for Viktoria. They only lost to ATK Praha, which caused Viktoria to finish 2nd place after Slavia Praha.

In 1961, named Spartak Plzeň the club began to play in the 1st League. After the autumn they finished in 3rd place. In 1962 they played a friendly match with the famous Brazilian team Flamengo Rio de Janeiro and won 2:1 in Štruncovy Sady (the football stadium in Pilsen). It was an incredible match, František Hlavatý, a goal keeper, contributed with his great saves and when Stanislav Štrunc added two goals, it was a big surprise because Brazil became a winner of the World Championship for the second time!

In 1961-62 Spartak was introduced to the 1st League and finished in 9th place, and they qualified to play in the Rappan´s Cup because of it. AC Padov, Swiss FC Chaux-de-Fonds anf Hungarian Banyasz Dorógy were also in the same group. The results of the matches were as follows; Padova 0:5, 1:1, Chaux - de - Fonds 1:1, 1:3, Banyasz Dorógy 7:1, 2:4. The team from Pilsen did not move ahead from the basic group, although they played in the international club league which was considered as a big success.

The decline to the 2nd League in 1971 was a big disappointment for the players and the team; however, Škoda Plzeň was really successful in the cup. They won the Czech Cup and despite they lost twice to Spartak Trnava (1:2 and 1:5) in the final of the Czechoslovakian Cup. They also played in the Cup Winner’s Cup because the Slovakian team could not start in this cup competition, nevertheless they were not lucky because in the 1st round Bayern Munich with famous players like Beckenbauerem, Gerdem Müllerem, Breitnerem came to Pilsen. The Czech team consisting of Šestava J. Čaloun - Špinka, Plass, Michálek, Pleško - Süss, Sudík - Kamír, Bachner (Hoffmann), Bican and Ziegler played bravely and lost only 0:1. In Munich though they lost 1:6 and were knocked out.

Between 1972-80 Škoda Plzeň continued to play in the 1st League and in 1977 two very important historical events happened, in May the offender Stanislav Štrunc scored which won them the match with Inter Bratislava (2:1). It was his 100th goal and he entered the prestigious League of Top Scores. The club players, J. Čaloun, Sudík, Brusnický, Michálek, Kopřiva, Rejda, Sloup, Jelínek, Berger, Uličný, Süss, Forman, Dvořák, Štrunc, Minařík, Vojta, Hřebík, Morávek, Fojtík, Bican, Karafiát and the coach Tomáš Pospíšil finished in 6th place of the Czechoslovakian Championship which was a great achievement! They were better than most teams for example Ostrava, Slovan Bratislava, Bohemians, Teplice, Sparta, Trnava, VSS Košice and other famous clubs. 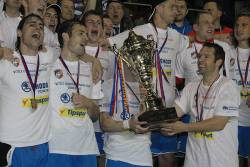 Viktoria permanently settled in the Czech elite in 2005. The real qualitative turn happens in 2008 after Pavel Vrba´s coming. The team has better and better performance and they begin to present attractive and sightly football in terms of the Czech background. The coach, who prefers offensive and combination play, creates the team of his own making and success comes soon.

Viktoria achieved big success in 2010 after a win 2:1 over Jablonec when they gained the Czech Cup trophy and played the Europa League. In the qualifying round they were edged out by Besiktas Istanbul (1:1 and 0:3) but especially in the first match in Prague they deserved to win. However, it was after 39 years for Viktoria to look into football Europe and to play the 2nd most significant club competition. At that time, the club is stabilized and is gaining ground on the Czech conditions.

After 8th and 5th place (in Gambrinus League) in 2009 and 2010, football public was surprised when Viktoria Plzeň won the Gambrinus League as well as the Czech Super Cup. The Champions League 2011/12 season was also very successful. They saw off Armenian Pjunik Jerevan (4:0 and 5:1). In the 3rd qualifying round they beat Norwegian Rosenborg Trondheim (1:0 and 3:2) and finally they shocked the Danish champion FC Copenhagen (away and home wins 3:1 and 2:1). Viktoria´s performance in the group stage of the Champions League was beyond expectations. First, they tied with Bate Borisov 1:1, then lost at San Siro with AC Milan 0:2, at Camp Nou with FC Barcelona 0:2 and in the rematch against the Spanish giant 0:4 but after that the success came. Viktoria won the rematch against Borisov 1:0 and the home match against Milan ended in a tie 2:2. Finally, the 3rd place in the group meant advancing to the Europa League play off where Viktoria played against Schalke 04.

In the home match in newly reconstructed Štruncovy sady stadium Viktoria was in lead 1:0 but finally the match ended in a tie 1:1. The rematch was decided in extra time. Without sent-off Marek Bakoš the guests had lack of power, conceded two goals and after a defeat they were edged out. It should be noted that Viktoria perfomed quality offensive game in all European matches, played attractive and sightly football and represented the Czech Republic very well. In the season 2011/12 the team made an effort to retain the Czech title. In spite of the fact nobody gave them bigger chances to do so, finally in the last round they played against Liberec and that match became a straight fight for the title. And that was close! Plzeň had many promising chances but finally it was Liberec that enjoyed the title euphoria after a tie 0:0. Viktoria finished at 3rd place, which meant the Europe League again. Permanently high-quality performance of Viktoria players brought increased interest of the national team coach Michal Bílek. He nominated David Limberský, František Rajtoral, Daniel Kolář, Milan Petržela, Václav Pilař, Vladimír Darida and ex-Viktorians Petr Jiráček, Jan Rezek and Petr Čech to join the team at Euro 2012 in Ukraine and Poland. 9 players from Viktoria, that is an extraordinary record! Thanks to the 3rd place in the previous season Viktoria had the right to participate in the qualifying phase of the EL. Viktoria succeeded in all the qualifying matches as well as in the group stage where they finally beat Atlético Madrid, Hapoel Tel-Aviv and Portuguese Coimbra and finished at the 1st place as the first Czech team ever. The following opponent was SSC Napoli and fans evaluate those moments as the lightest ones in the current history of the club. Viktoria literally destroyed their opponent 5:0 and went on to the round of 16 of the EL. At this level they met tenaciously playing Fenerbahce SK with that Viktoria was fighting till the very end but finally the Turkish team was happier and won.

The season 2012/13 was golden for Viktoria Plzeň again. They kept being at the top positions during the whole season and from the very beginning they ranked among the title aspirants. Nevertheless, the fight was tight. Viktoria entered the last league round in Hradec Králové in a better position than their chaser Sparta Praha and thanks to their excellent performance they ensured gaining all three points and could celebrate the Gambrinus League title for the second time in the club history. Pavel Vrba´s team wrote the next European chapter in the season 2013/14 again. In the qualifying rounds of the Champions League Viktoria Plzeň step by step saw off teams, such as Željezničar Sarajevo, Nömme Kalju and NK Maribor. After a year break Viktoria repeated their participation in the group stage of the highest European League where they played against Manchester City, Bayern Munich and CSKA Moscow. Those matches were followed by the EL spring fights against Shakhtar Donetsk and Olympique Lyon.

In the next seasons Viktoria has added two more titles, but did not earn the spot in UEFA Champions League. Plzeň was twice in UEFA Europa League group stage - once alongside Dinamo Minsk, Rapid Wien and Villarreal and once alongside AS Roma, Austria Wien and Astra Giurgiu. 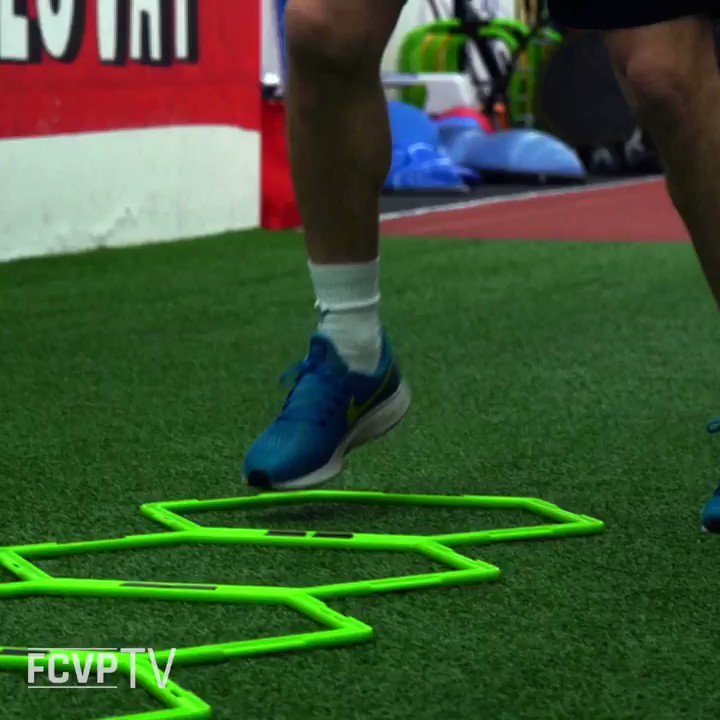 Jan Kopic working on his return 💪 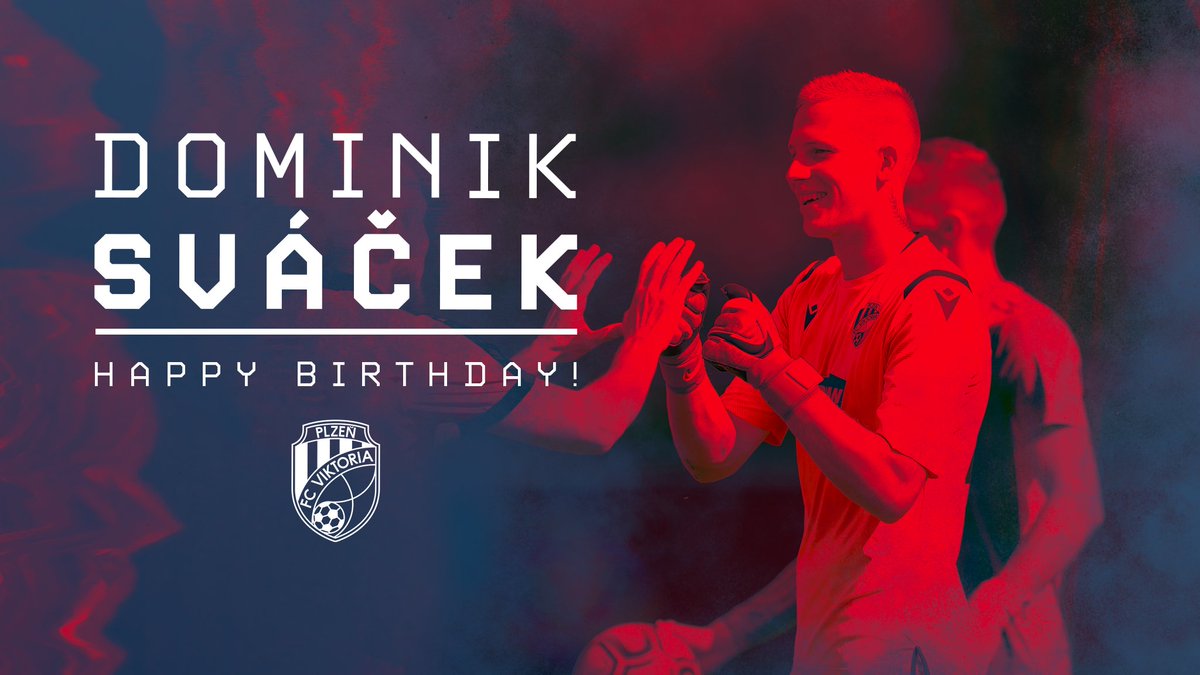 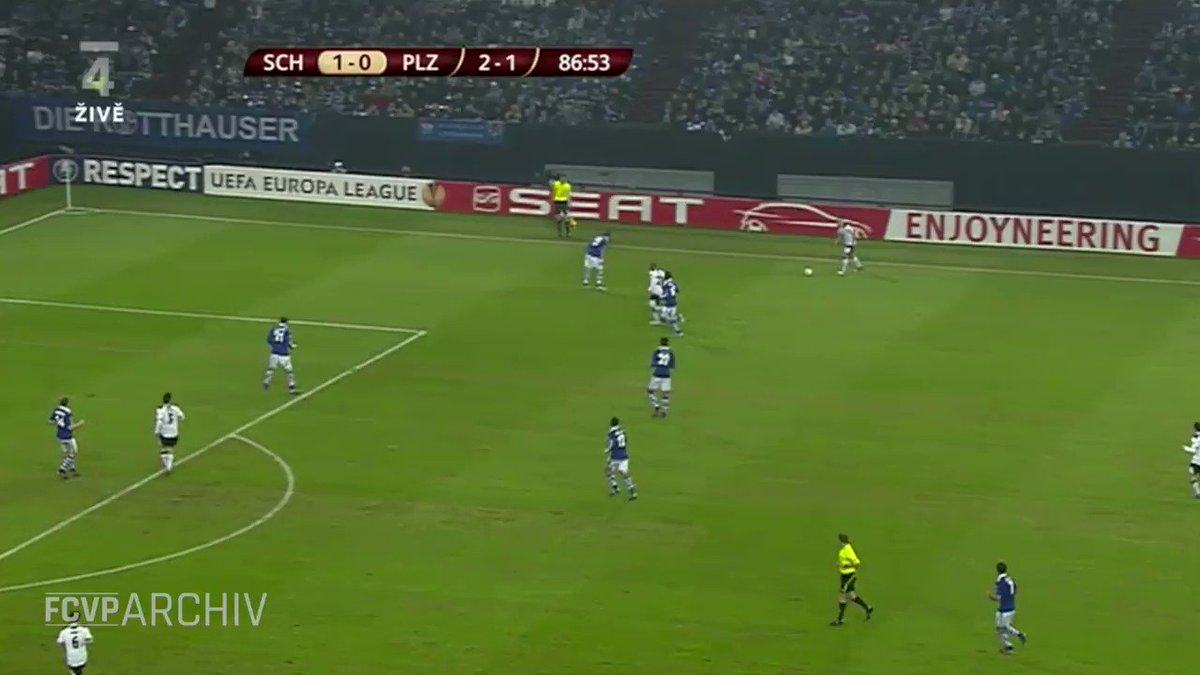 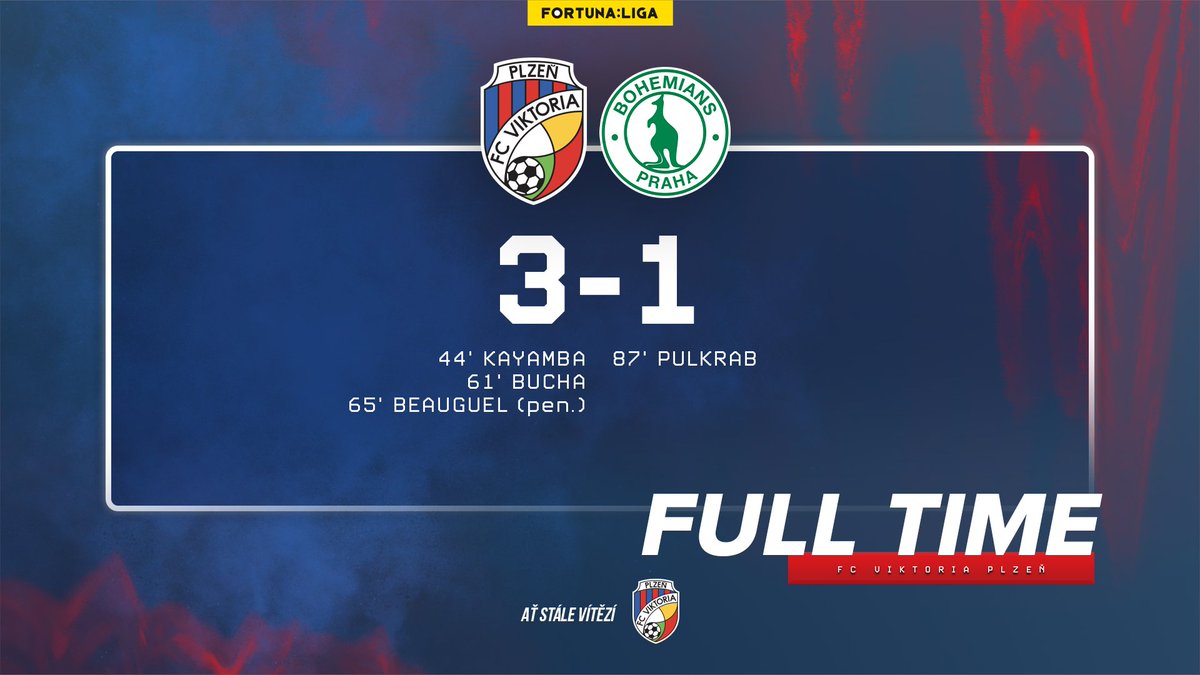