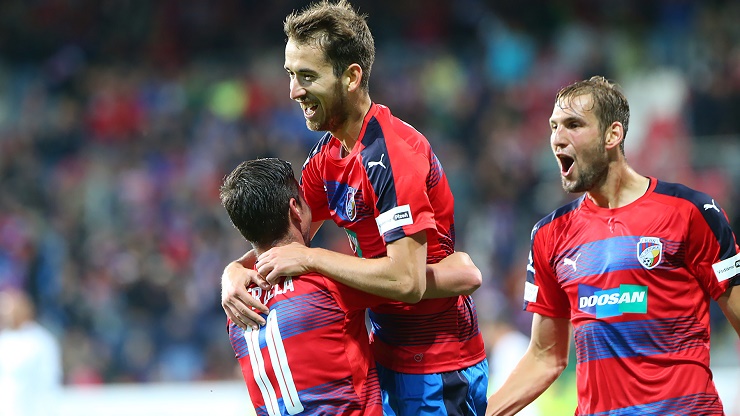 On Sunday afternoon Viktoria Plzeň played the 7th round of the ePojisteni.cz League and they faced the league newcomer MFK Karviná. Viktoria wanted to confirm their good shape.

Viktoria rushed at their opponent. Petržela was stopped by off-side and then his second attempt was stopped by the defender Dreksa on the goal line. They put Karviná under pressure and it caused the opening goal of the match. On 10 minutes Karviná made a foul on Bakoš and Tomáš Hořava executed a penalty kick. Viktoria were in lead – 1:0! In the following minutes Viktoria kept being offensive but Poznar´s header nor Bakoš´s shot flew on goal. Karviná started to be braver on 20 minutes and after the corner they rushed in a counter-away but did not score. On 37 minutes the goalkeeper Laštůvka was busy because of Hubník´s attempt on goal. Tomáš Poznar was closer to scoring moments later but he missed the target. Ergys Kaco had an effort on goal at the end of the 1st half but the score remained.

The 2nd half was opened by Zeman´s blocked shot and an upright by Hořava. The following minutes showed he only trained for his next attemp. On 59 minutes David Limberský crossed the ball to 6-yard box and Milan Petržela prolonged it to Tomáš Hořava who finally scored – 2:0! On 71 minutes Marek Bakoš was substituted by Michael Krmenčík. 3 minutes later Petr Bolek performed great against Janeček. His shot was close but he rebounded it and kept zero for the team. On 80 minutes Tomáš Poznar had an effort on goal from the 18-yard box but aimed above the crossbar. Soon after that Milan Petržela was replaced by Michal Duriš. At last Tomáš Hořava was substituted by Patrik Hrošovský. The last significant moment of the match was Panák´s rough foul on Hubník and he was shown a red card.