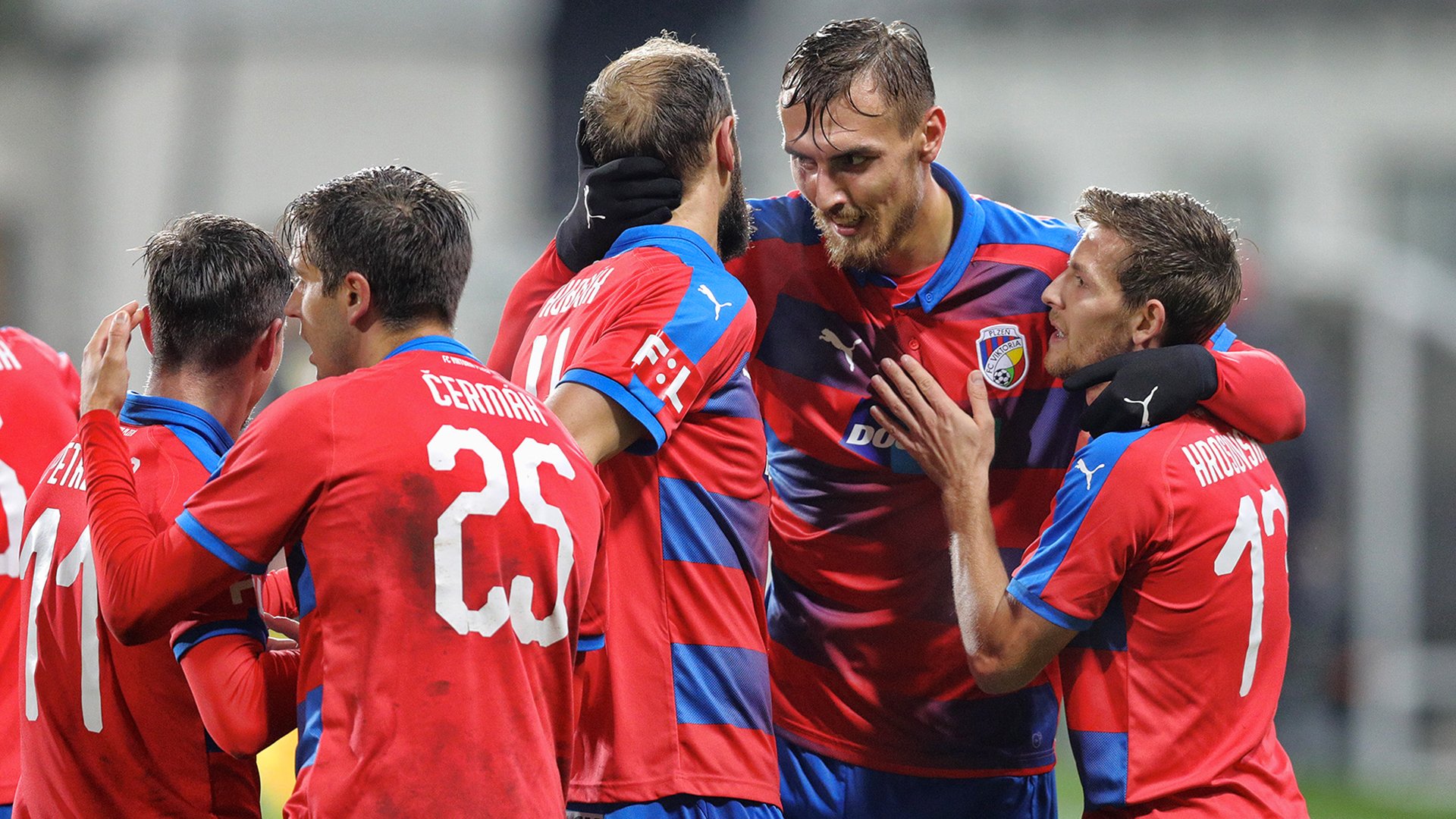 The starting line-up against Olomouc was changed a bit – suspended Hejda was replaced by Luděk Pernica and Jan Kovařík appeared in the defence. Viktorians could convert a good start of the first half into two-goals leading. The first goal was arranged by Tomáš Chorý after Petržela’s action, the second one was an own goal scored to fantastic solo by Aleš Čermák. This was the final result of the match.

Plzeň opened the match very actively and on a few minutes Řezník run into an open space in the box and received a crossed ball from Kopic. The first touch was not as he planned and his following shot was stopped by a defender.

Despite the first unsuccess Viktoria soon got in leading. In the 23rd minutes Milan Petržela stole the ball from their opponent, run with it to a goal and then he served it to Tomáš Chorý. He only placed the ball to an empty goal and counted his first league goal of the season.

On the other side Pavel Dvořák had a promising effort on goal but his shot was successfully kicked out by the goalkeeper Aleš Hruška, the player of November voted by fans. Instead of this Vrba’s team jumped to two-goals leading. Chorý tackling with Vepřek won the ball on the half line and passed it to Čermák, he scored to 2-0 with the help of rebounded ball by ex-Viktorian player Sladký.

After break Olomouc became more dangerous – at first, Nešpor found a great position in the box but he missed the target after a pass by Zahradníček. Moments later Martin Sladký plucked up the courage to shoot from the midfield and his left foot fired the ball against the goal, nevertheless, he missed the target as well.

About 60 minutes into the game Řezník crossed an accurate pass to Roman Procházka who volleyed the ball on goal, however, his attempt was blocked by defence on the corner. The hosts set several promising counter attacks but the scoreline remained unchanged and Plzeň beat Olomouc 2-0.

“I happy about the win. Concerning the match our game was interesting in the first half, we created many chances and we moved fast from defence to offence,“ Pavel Vrba evaluated the match. “The second half was not as we wanted to and we lacked power. We saw two different half times and we failed in the entering the second half,“ Vrba says.