Chorý and Beauguel turn the match with Baník around, Plzeň takes victory 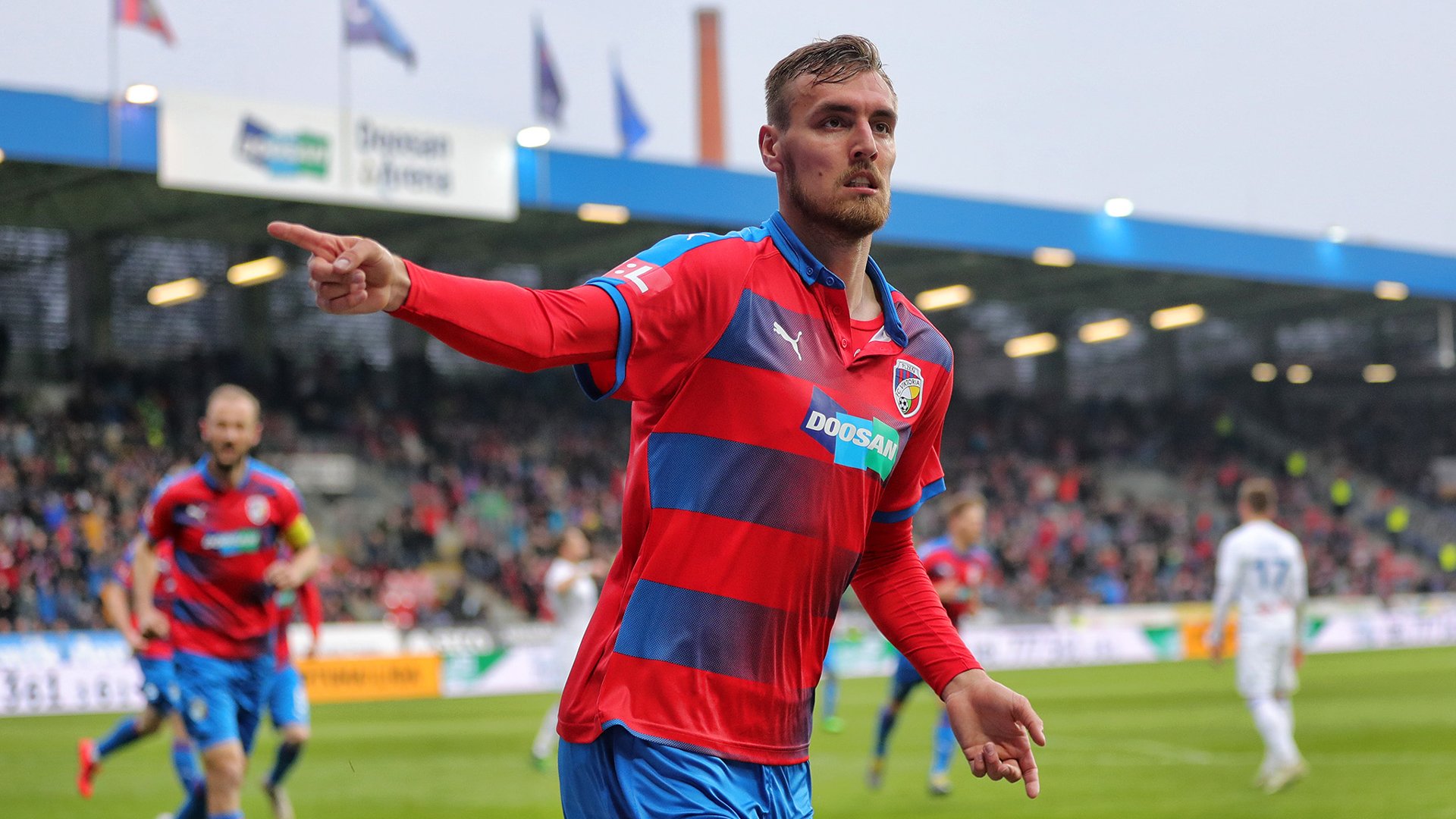 Three points count – this is it! Viktorians managed a difficult match against Baník Ostrava. They had to come from behind and finally did it. Hosts with Patrizio Stronati did take the lead, however, Tomáš Chorý equalized before the break. The victory was finally decided by Jean-David Beauguel in the 85th minute.

The visiting goalkeeper Laštůvka was first checked by Joel Kayamba who flipped the ball on his left in front of a defender near the box and made an effort from a respectful distance towards the right post. He was aiming excellently, but Laštůvka excelled and sent the ball away.

A moment later, the referee Orel called a penalty kick for a foul on Chorý by Fillo, but immediately after the VAR review he called it off. Another bigger scoring opportunity was on the side of the visiting team. Kuzmanovič broke off on the left and together with Holzer outnumbered their rivals 2 to 1.  On the edge of the box he got rid of the defender, but his shot with his right missed Hruška’s crossbar.

When Kopic passed the long ball on the other side to Řezník, Laštůvka made a quick movement and automatically punched the ball to a corner kick. Finally, hosts scored first. After the corner kick, Stronati fooled the home offside line, got free near the back post and kicked the long ball from his mate behind the back of hopeless Hruška. Yet before the first half ended, Kopic passed the ball to Tomáš Chorý who sent a header and equalized. Then Roman Hubník made a wonderful defense and hitting the crossbar he kicked off a shot by Fleišman, who was standing just at the goal line, and so the teams went into the cabins with a tie 1:1.

After an hour of the game, Diop was pushing himself from the right to the penalty area. However, Hruška showed excellent reactions and threw himself to his feet just in time to kick the ball away into safety. On the contrary, substituting Beauguel got a great chance about 10 minutes later and after a quick break he was shooting from the box into an open gate. But as he left the ball behind his body, he could not aim well and Laštůvka notched up another important action.

Home fans finally met their expectations five minutes before the end of the regular time. Řezník kicked the long ball back to the box and Beauguel, this time in a better position, did not hesitate. Before the additional time started, the French forward got the second yellow card and left for the cabins earlier. But nothing changed that Plzeň won.

“It was quite a big fight. Baník was a strong rival,” Radim Řezník took his hat off to Ostrava players. “It was a lot up-and-down, thanks God we turned it around. It’s good that we managed it and approached Slavia, which is awaiting derby. Everything is possible there,” the ex-player of Baník thinks.