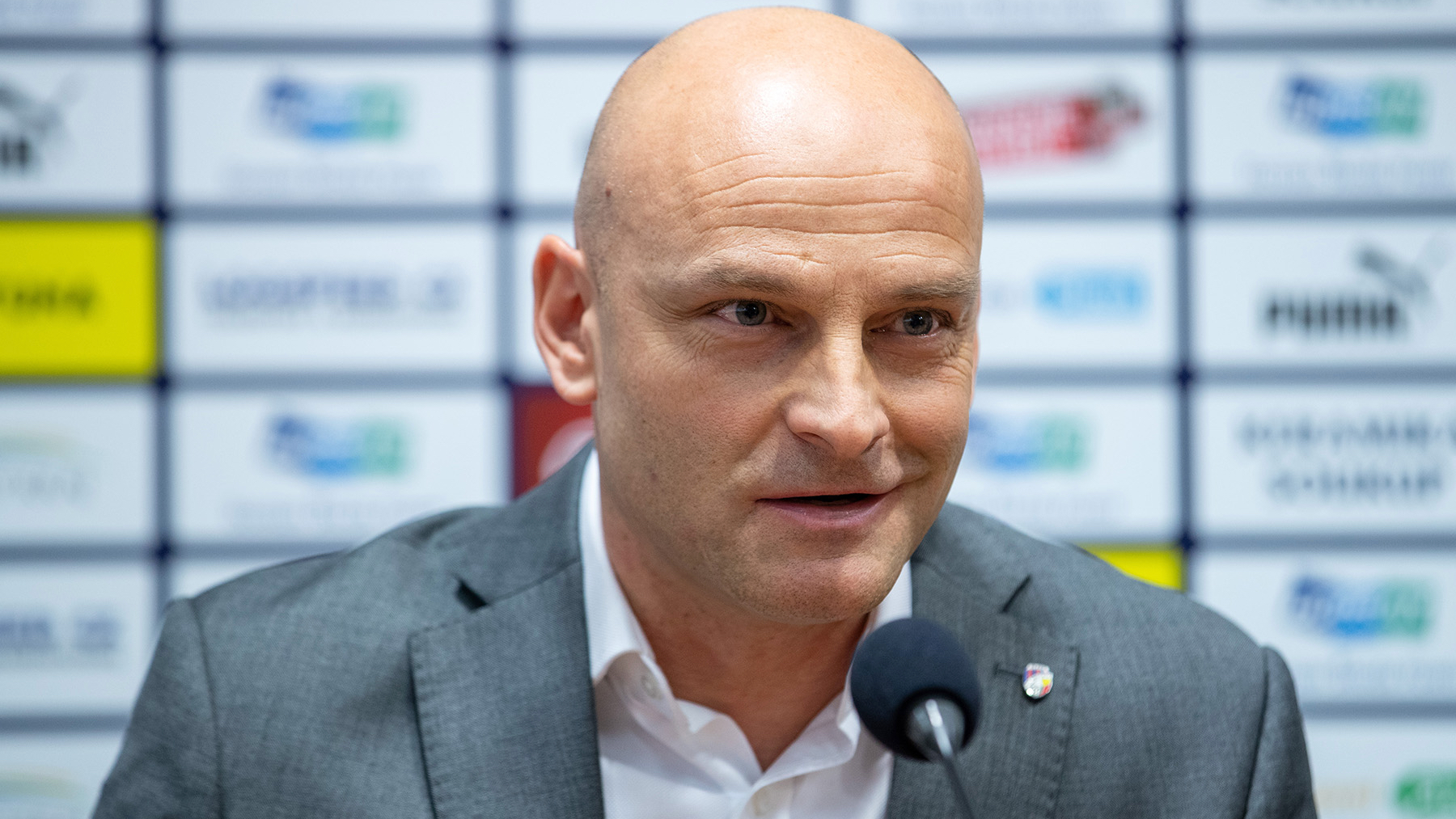 The press conference before the winter preparation period took place at the Doosan Arena on Monday at 1pm. The club president Tomáš Paclík, the Viktoria general manager Adolf Šádek, sports director Zdeněk Psotka and of course the new head coach Adrian Guľa took their seats in front of the journalists.

The press conference was initiated by the club president, who wished the attendants all the best in the new year and welcomed the new coach Adrian Guľa. “We’ve been following this coach for a long time already in Žilina. I expect nothing but the best of him,” stated Tomáš Paclík.

The 44 years old coach himself is excited about his arrival in the western Bohemia. “Viktoria Plzeň is a club of great importance and I am honored me and my team were chosen to lead such a club. I am really looking forward to this, as coaching a league club is significantly different than coaching a national team. I am looking forward to meet the players, hit the pitch and to the whole coaching process,” said Guľa in front of the journalists.

How did he describe his game style and vision? “Every coach wants to play offensively, but on the other hand keep the balance. We will use the wings more effectively, we want to react more quickly after we lose the ball. But I will discuss everything directly with the players,” he reveals.

“High demands, hard work and the performance of both the individuals and the whole team. This is the vision of the club. I like players, who keep working on themselves and are willing to get better. It doesn’t matter, if they’re young or old. They have to be prepared to play for such a big club and they need to show it to us. That’s what’s important,” he added.

The coach has currently 26 players at his disposal before the first training session on Wednesday. Jan Kopic and Ubong Ekpai find themselves on the injury list. “We have lot of players right now. Each and every on of them has to hit the bottom and give his best in order to fight his way to stay in the team,” Adolf Šádek declares. “There are some players returning from loans, we have Marko Alvir as a new asset, Christián Herc will get his chance as well. We will give an opportunity to the players we currently have to show themselves. Then we’ll see if we need any more backup or not,” Guľa added.

The Viktoria general manager also uncovered some of the team’s ambitions for the spring period. “We want to reduce the Slavia’s lead as much as possible. Their lead is significant, but well deserved. It is important for us to stay on the second place. Furthermore, the national cup quarterfinals is ahead of us and we want to win the whole competition in order to gain the best possible starting point for the European cups qualification,” Šádek wrapped up.