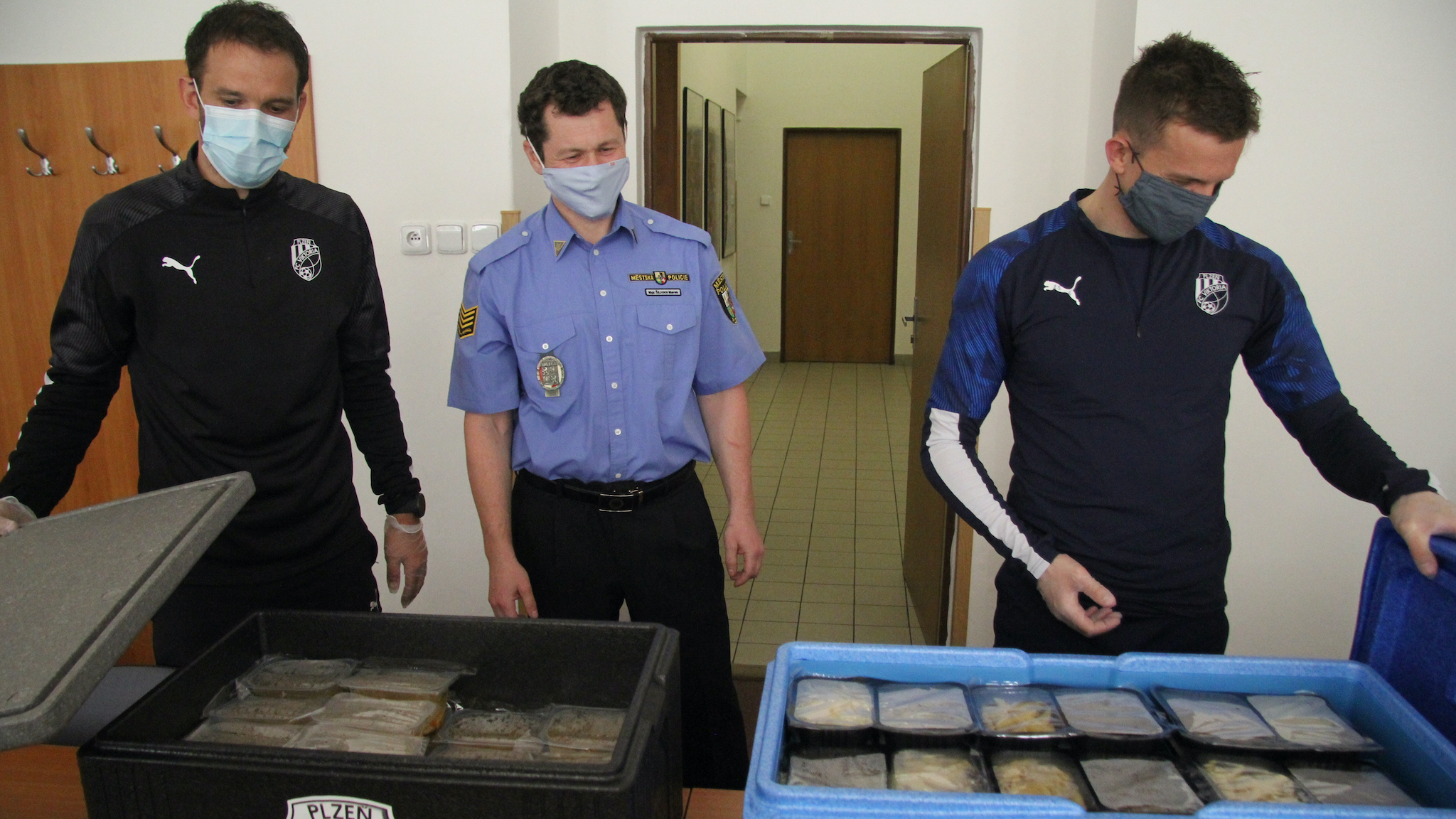 Viktoria Plzeň continues to fulfil its resolutions. The club tries to help the people standing at the front lines, securing our health and safety not only during the pandemic. For the whole week, the players and the coaches of the A-team delivers lunch to the municipal police officers in Pilsen.

At normal circumstances, the players would make people happy playing football. At these hard times, Viktorians can neither play nor practice. Instead, they help wherever they can. FC Viktoria Plzeň decided to help the Municipal Police Department of Pilsen. For the whole week, the players and coaches of the A-team will deliver lunch from the Klubovka restaurant, including Pepsi nonalcoholic beverages, to the local police officers.

“Our club wanted to help, especially during such hard times. As a result of our tight cooperation with the city of Pilsen, we decided to arrange the catering for the municipal police officers, who fulfil their work tasks even during the times of pandemic and take care of our security everyday. Therefore, we will provide them with lunch for the whole week, free of charge,” Petr Chvojka stated, on behalf of the Viktoria Management.

The first ones to take charge of this task, Matúš Kozáčik and Aleš Hruška, personally delivered the lunch to the local police station on Monday. Adrian Guľa and Pavel Bucha followed their footsteps on Tuesday, Wednesday was Marek Bakoš’s and Jan Kopic’s turn. Strict hygienic measures are observed during the whole procedure, including face masks, rubber gloves and minimum personal contact.

“I’m glad our club is helping the people, who really deserve it. I didn’t hesitate, accepted right away and personally thanked the officers for their services,” Aleš Hruška said during the Monday delivery.

“We are experiencing the most difficult period in the last few decades. Our citizens have to cope with many stern regulations and restrictions both in their personal life and at the workplace. On the other hand, the wave of solidarity risen by the all of us, including Viktoria, is amazing. It turns out, that if we stick together, we cane overcome everything,” the mayor of Pilsen Martin Baxa stated.

“We deeply value the support of Viktoria Plzeň and we would like to thank the club for trying to help and make the hard shifts of our officers as pleasant as possible, even during such a difficult period. We hope we will meet again soon, but this time on the stadium, where we will take care of the safety and order of the home matches,” the Pilsen Municipal Police chief’s deputy Bc. Michal Rybáček stated.

“By such doings, Viktoria proves its belonging not only to the sport sphere, but also the entire social life in Pilsen. We thank the club for the appreciation of the municipal police officers,” the city councilman for security Martin Zrzavecký said.