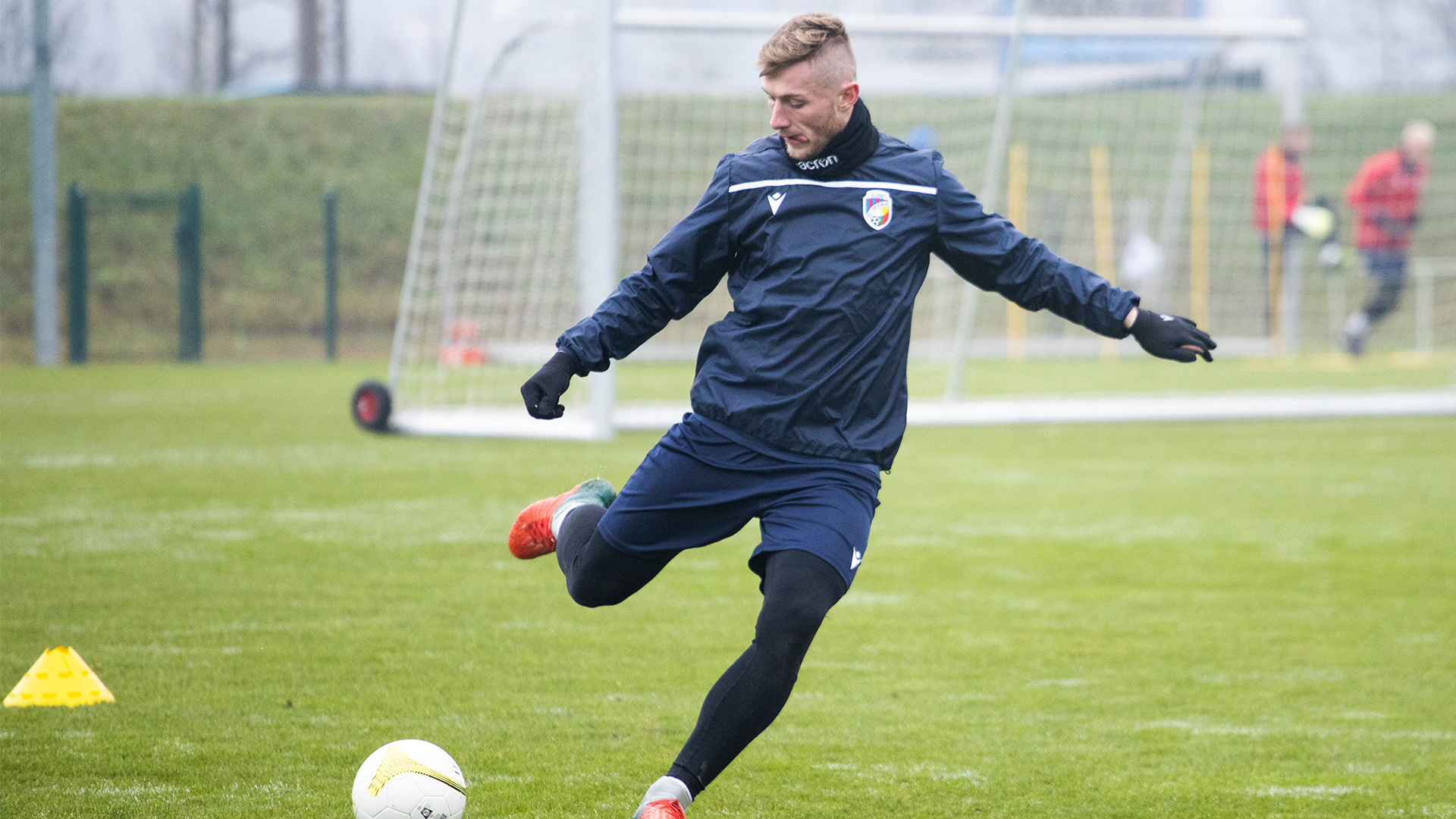 On the 3rd January, The Viktorians met and trained for the first time in 2021. How does the Adrian Guľa´s roster look like and what awaits his players?

The first training session was scheduled for Sunday, 3rd January, shortly after 12am at the sports centre in the Luční street. This area will be the main sports ground for the Viktorians’ preparation period for the spring 2020/2021. Apart from the training sessions, the Luční street will host the practice match against Hradec Králové (on Saturday, 9th January at 3pm).

There are some new faces in the Adrian Guľa’s team. Two players return from loans, two players advanced from the B-team. Pavel Šulc and Lukáš Matějka are returning from loan in Dynamo České Budějovice, Jindřich Staněk’s loan became full transfer, as the team used an option. The goalkeeper signed a new contract for two and a half year. The members of the B-team, Václav Míka a Josef Koželuh are also training with the A-team.

Because of his injury, Šulc played only 4 games for the Dynamo and scored one goal. Matějka also stroke once, as he played his first shifts in the elite league. 7 matches and 418 minutes, that’s his score in Dynamo. Staněk was on loan in Pilsen for the whole year 2020 and he appeared twice on the pitch. He finished the match in Ostrava with a clean sheet, then he played the game against Slavia Praha and allowed one goal (0:1).

And one more transfer for Viktoria. The club terminated the loan of Šimon Gabriel in Mladá Boleslav, as he’s preparing with Teplice, where he should spend the spring period.

There have been some changes in the team staff as well, specifically on the physiotherapist position. Milan Rukavička returns to Viktoria, the club also welcomes Šimon Šendera and Petr Bendl.

The roster for the winter preparation period