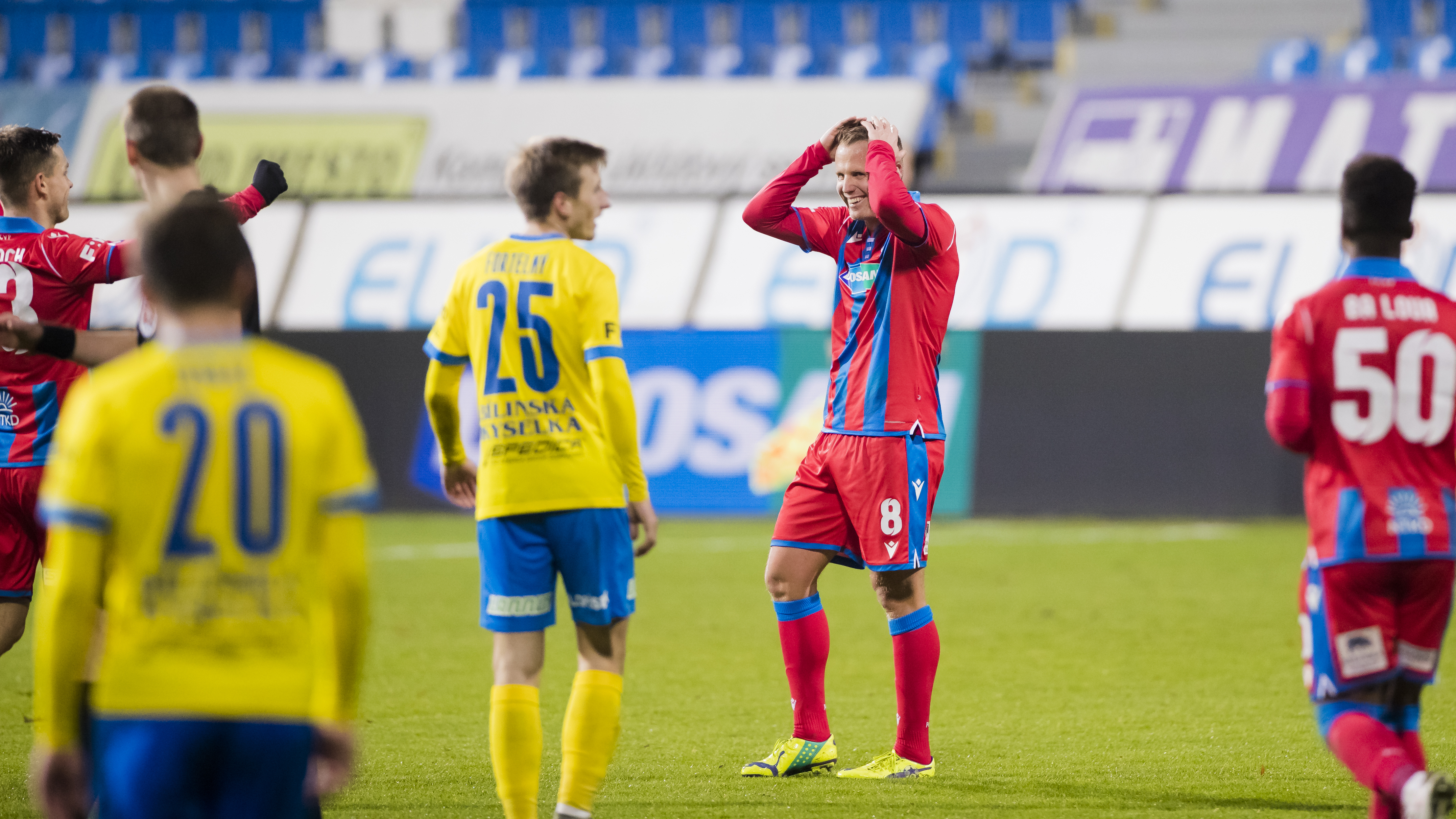 A Viktorian David Limberský reached a great milestone. In the match in Brno against Zbrojovka, he rushed out for his league match number 400. He became the eight player in the history of the Czech league to accomplish such an achievement. Let’s recall some of his memorable moments.

Let’s recall some of David Limberský’s milestones and memorable matches:

28th February 2003, Chomutov – match number 1*
This is just a fun fact, this match does not count to the league 400. It’s the first match David Limberský ever played for the Viktoria A team. During the 16th round match of the second league in Chomutov, he replaced a teammate for the second half and helped his team to win 1:0. Coincidentally, it happened exactly 18 years ago.

26th July 2003, Uherské Hradiště – match number 1
This was the actual league debut. David Limberský entered the pitch in the 62nd minute with the score 1:1. The game ended with a 2:2 draw for the Viktorians. In the next match, Limba entered the game at half time, then he settled in the starting line-up for good.

2nd October 2005, Plzeň – Match number 20
The Viktorians played on the home stadium against Most. Robert Vágner scored the first goal, David Limberský’s big moment in the form of his first league goal came in the 79th minute. As the guest scored as well, the first strike for the young defenseman became a winning goal. 17th May 2009, Mladá Boleslav – Match number 95
Another scoring milestone came on the grounds of this club from Central Bohemia. David Limberský scored in the 95th minute of the game and secured a 1:1 draw for the West Bohemians. It was his 10th goal in the Czech top league.

16th August 2009, Plzeň – Match number 100
Limberský played his 100th match against Liberec. However, in the 4th round match, Pilseners could not celebrate a win, as they lost 2:3 against Slovan at their home stadium. David could even celebrate his 100th league match with a goal, but his beautiful shot from 25 meters was neutralized by the visiting goalkeeper Hauzr. 21st May 2011, Plzeň – Match number 150
That memorable afternoon… This match is written in gold in the memory of all the Viktorians out there. Plzeň defeated Baník Ostrava 3:1 and won the first league title in its history. For David Limberský, the match began with an unfortunate own goal, but in the end he could celebrate a huge success for the club. 7th April 2013, Plzeň – Match number 200
He could enjoy reaching his second hundred matches at the home stadium as well. And this time, the milestone was supported by a win. Viktoria defeated Teplice 2:1 thanks to Marek Bakoš who scored twice. Limba played the whole match. 1st June 2013, Hradec Králové – Match number 208
The second title is in the bag! Should Viktoria win the match in Hradec, the club would celebrate a second trophy. And it worked out perfectly. The Pilseners won 3:0 and Limberský was there to see it. He played for 73 minutes, before he was replaced by Stanislav Tecl. 18th May 2015, Plzeň – Match number 260
For the third time in the club history, Pilsen celebrated its league title. This time it was dedicated to Marián Čišovský fighting a deadly disease. Viktoria defeated Jihlava 2:0 in the 28th round match, Limba played the whole 90 minutes. 30th April 2016, Plzeň – Match number 286
This time, the West Bohemians made it three rounds before the end of the league. They celebrated the fourth title against the same opponent as the first time, Baník Ostrava. David Limberský once again played the full 90 minutes match, Viktoria secured a 2:0 win and grabbed its fourth league title. 27th November 2016, Plzeň – Match number 300
As by his 100th and 200th appearance, he reached his 300 in Pilsen again. He joined the Club of Legends by playing the first half of the match against Brno, then he had to be substituted due to injury. 27th August 2017, Plzeň – Match number 315
David scored his 20th league goal in this match against Ostrava. At the beginning of the 5th title season, he opened the score in the 64th minute with a beautiful shot. At that moment, it was only his 5th minute on the field! Pilsen wot that match 3:0. 27th February 2021, Brno – Match number 400
When reaching this big milestone Limberský had a big reason to celebrate – a 1-0 win. The only goal was scored by Jean-David Beauguel, another player who reached a milestone this day (150th league match).

We are preparing a big interview with the jubilee for you.