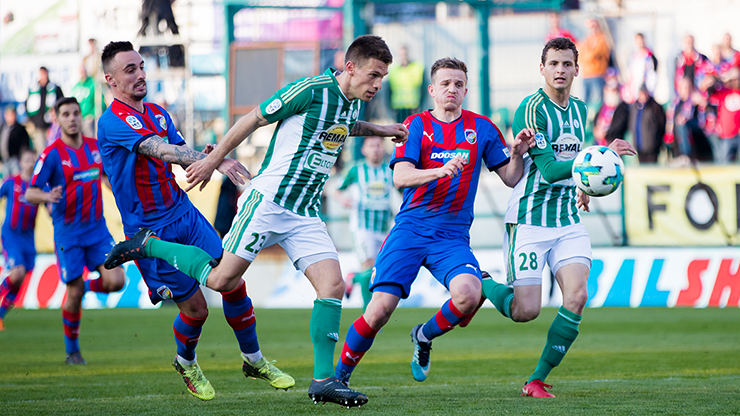 Viktorians played the next HET League match against Bohemians 1905 who had not conceded any goal during the spring at home before this match. The coach Pavel Vrba could not use Radim Řezník and injured Michael Krmenčík with Lukáš Hejda, on the contrary, Milan Havel returned on the bench. However, Viktoria totally failed in this match…

Plzeň´s start of the match was slower so their opponent took a perfect advantage of that. On 11 minutes Martin Hašek passed the ball to Michal Šmíd and the goalkeeper Aleš Hruška became helpless – 1-0 for the home team. Bohemians made another great chance. Benjamin Tetteh rushed alone towards Hruška´s net but he missed it for about a metre. However, Bohemians succeeded in increasing the score later. After a fault in the midfield Dominik Mašek got the ball and crossed it to Rudolf Reiter – 2-0. On 28 minutes Viktoria had the first chance when Martin Zeman passed the ball to Jan Kopic who immediately shot on an upright. Tomáš Fryšták rebounded his attempt off. Kopic had another chance soon after that but his shot was saved by the goalkeeper. With the half time approaching the fans saw floods of goals. On 36 minutes Tetteh passed the ball to Mašek and the home team was leading for three goals at the moment. Plzeň responded quickly when Milan Kocić panicked in his own penalty area and scored and own goal – 3-1. 1 minute later Bohemians were in a three-goal lead again – 4-1. Hruška saved David Bartek´s first attempt but the ball rebounded back in front of the net and Mašek scored. However, Viktorians reduced the score when Aleš Čermák crossed the ball to Patrik Hrošovský, he prolonged to Kopic and the score changed to 4-2. This was the half-time result.

The opening action of the 2nd half was directed by Plzeň. Martin Zeman aimed his centre pass right on Marek Bakoš´s head but he failed in scoring. On the other side Tetteh was very active again and could increase the home team´s leading but Hruška rebounded his shot on the corner. Tetteh finally scored a goal when a long out jumped in the penalty area and he quickly shot under the crossbar - 5-2. Viktorians could be back in game but Martin Zeman missed the target. On 81 minutes Hrošovský had an effort on goal but Fryšták was ready. Viktoria did not score any goal until the end so 5-2 was the final result of the match.