We wanted to repay our fans for their support, Viktorians say 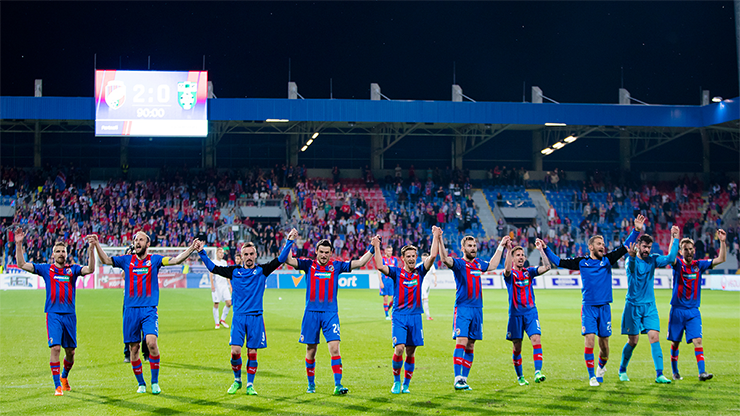 Viktorians finally made it in spring! They beat Karviná 2-0 at the home stadium and gained 10-points leading at least to tomorrow. Both goals were scored by Tomáš Hořava who evaluated the match together with Milan Havel.

„This victory is very important, it was about 1 goal until the last minute. If they equalized the score, we wouldn´t have won at home again. We realized the significance of this match. We had many chances but we didn´t score as we wanted. I think we were better and deserved to win,“ the two-goals scorer said.

Both players knew that Plzeň has not won the home match in spring so far. Viktorians wanted to change it. „We needed the home win, it was really important for us,“ Hořava knew. „We wanted to reward our fans and we´re glad we made the match. It´s a shame we didn´t score the second match earlier so we could enjoy the match more,“ Havel regretted.

The second Viktoria´s goal was scored in a chaotic situation when the side- line referee announced off-side but the main referee let the game flow. „I knew I surely wasn´t in off-side position. Guys said later that Choras neither but I rather shouted at him to let me the ball. He run but finally moved aside but I had less power at the time so I decided for the easiest solution and scored,“ the midfielder was smiling.

Viktorians will play the next match against Slavia where they could teoretically celebrate the fifth historical triumph. „The match can decide everything. I think we got in peace and we´d like to decide it there,“ Havel closed.