Viktoria finished the season by a victory at Juliska Stadium! 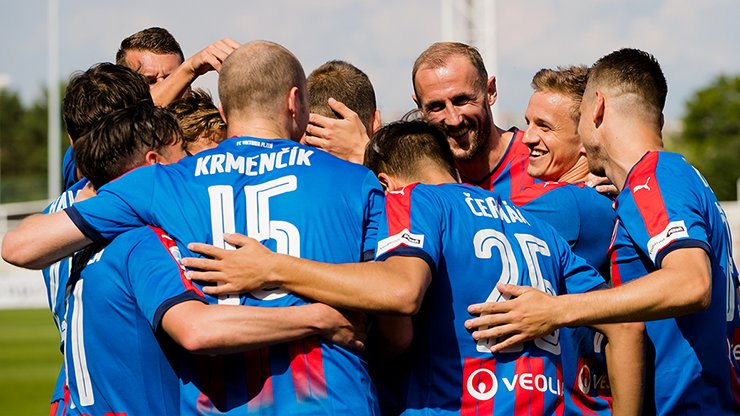 ​Viktorians finished the 2017/18 season at Dukla Praha. Lukáš Hejda returned back in the starting line-up after his injury as well as Aleš Hruška and Aleš Čermák. Filip Čihák, the 18-years-old defender, was on the bench for the first time.

Viktorians rushed into the match and on 3 minutes they went in leading. Michael Krmenčík passed to Jan Kopic in front of the gate but he failed. However, Krmenčík got back on ball and scored his 14th goal of the season. Viktorians could add one more goal moment later but Kopic shot off the goal. On 8 minutes Dukla had an effort on goal when Néstor Albiach shot on Hruška but the goalkeeper was ready. Michael Krmenčík was very active again and directed another action later. He dribbled between two home players and crossed the ball to Milan Petržela but he failed in the final phase. Soon after that Milan Havel kicked the ball to Krmenčík from the right side and he quickly added the second goal so Viktorians were leading 0-2 on 14 minutes. The current Czech champion had a fancy for the game and on 30 minutes Dukla conceded the third goal. Petržela passed the goal to Čermák who scored – 0-3. The home team finally also scored a goal when Branislav Miloševič passed the ball to Dominik Preisler – 1:3. This was the end of the 1st half.

Dukla entered the 2nd half better than in the 1st one. On 48 minutes Hruška rebounded Miloševič´s off the goal. 10 minutes later Tomáš Hořava could increase Viktoria´s leading but his shot went above the crossbar. Several minutes later Krmenčík had a promising chance again and he scored hattrick! 1-4. Jan Kovařík could add one more goal after a free kick but the home player Hruška rebounded it off. Finally Viktoria scored the 5th goal anyway. Ondřej Štursa was 5 minutes on the pitch and scored his premiere goal in the HET League. On 83 minutes Kopic could score as well but Matúš Hruška rebounded it on the corner. Plzeň won the last league match 1-5.