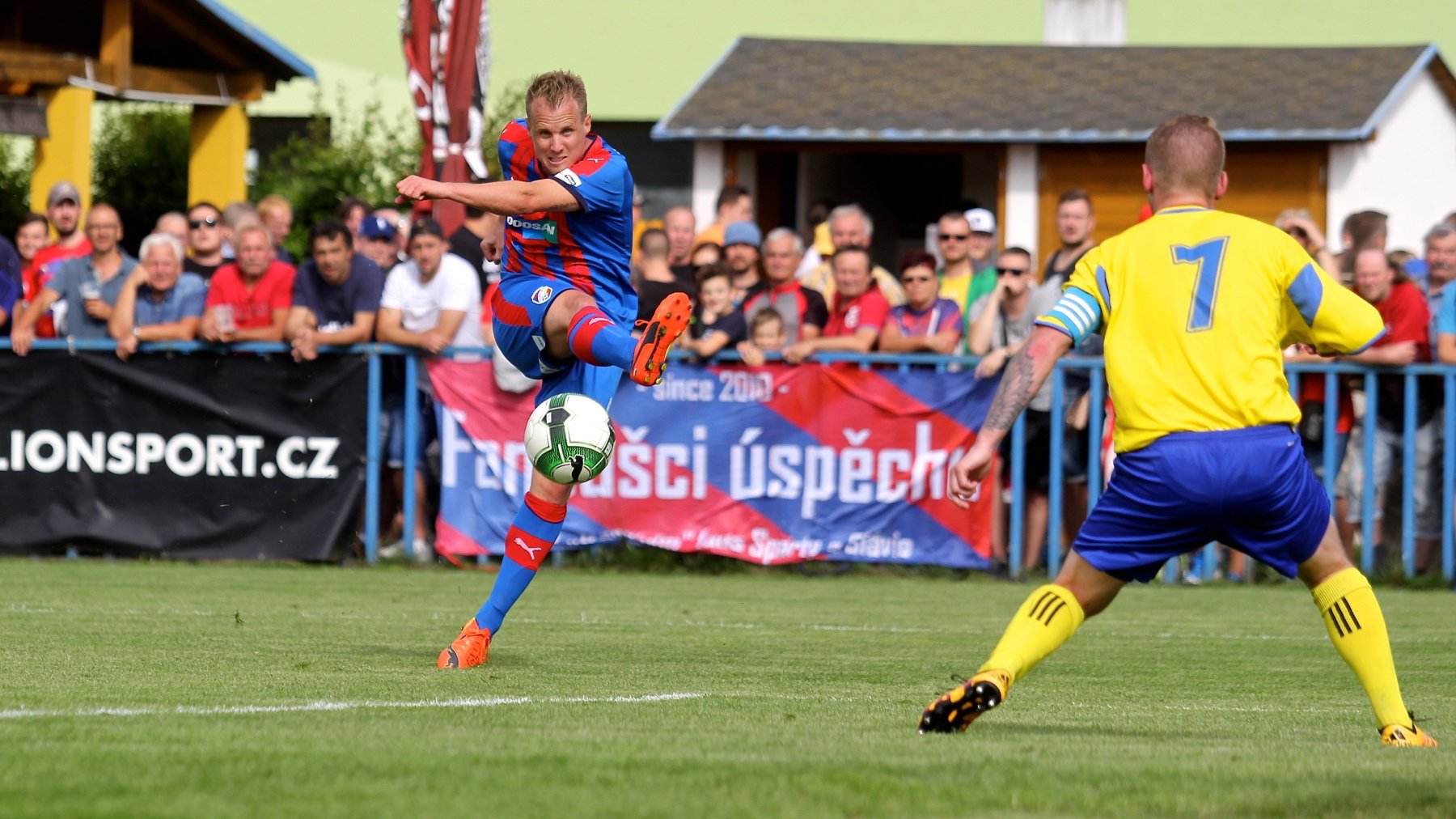 On 11th minute the 17-years-old midfielder Pavel Šulc opened the match by a 20-metres-long shot. Soon after that Ondřej Štursa who stayed uncovered in the 6-yard box kicked the ball above the crossbar. Michal Hlavatý also had a chance on goal but his attempt was caught by the goalkeeper Jakub Luhový. On 17th minute Viktoria got in lead when David Limberský passed the ball from the left side to Tomáš Chorý who scored – 1-0! Viktoria continued in possessing the ball and created more chances. Limberský´s attempt from 22nd minute was blocked by one of the defenders on the goal line. The home team had the first chance on goal on 26 minutes but Lukáš Roubal missed the target. On 37th minute Viktoria increased their leading when Limberský again crossed the ball to Chorý who prolonged the ball to Ondřej Štursa. He scored the second goal. Two minutes later he scored again and the score was 3-0!

Pavel Vrba made 8 changes and only Jakub Šiman, Roman Hubník and Luděk Pernica stayed on the pitch for the second half. Immediately after the start of the 2nd half Daniel Kolář had an effort on goal but Luhový saved it. On 57th minute Ekpai tried to shot on goal but his shot missed accuracy. Soon after that Navrátil was stopped by Luhový again. On the other side Zdeněk Šimáně threatened the goal when crossing it on the penalty area but he missed the target. On 67th minute Viktorians performed the fourth goal – Jakub Řezníček found Milan Havel in front of the net and Havel scored 4-0. Moments later the home player Roubal appeared in a promising chance, nevertheless, he bumped to ready Jakub Šiman. On 78th minute Ubong Ekpai passed the ball to Marek Bakoš who scored – 5-0! Soon after that Slovakian forward scored his second goal when receiving a pass from Luděk Pernica. Bakoš was very close to hattrick but he only headed to the crossbar. Jaroslav Navrátil closed the score by the last goal of the match and the final score was 7-0.

Viktoria won the first friendly match of the pre-season 7-0!