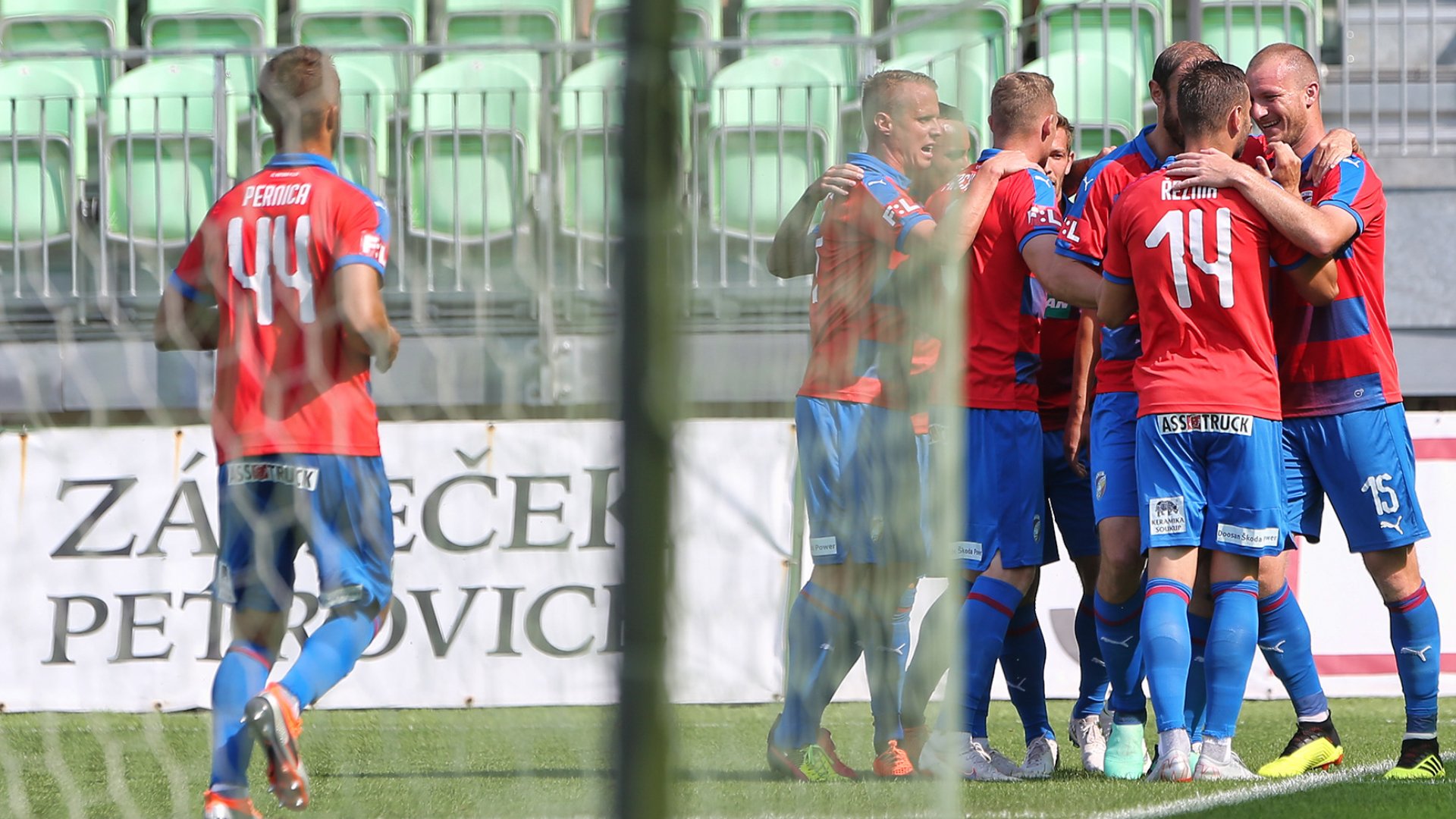 The coach Pavel Vrba made two changes in the starting line-up. Milan Petržela replaced Jan Kopic, who could not play because of red card from previous match, and Aleš Čermák was replaced by Roman Procházka. Thanks to the Slovakian midfielder Tomáš Hořava was moved deeper in the offensive. Viktoria won the fourth match in a row, Michael Krmenčík scored the winning goal!

Viktorians first threatened the goal during the 5th minute. Milan Petržela passed the ball to Patrik Hrošovský, whose shot on goal was rebounded on the corner. Viktorians rejoiced in this moment. Michael Krmenčík jumped up high to Hrošovský's centre pass and it changed the score of the match to 1-0.

25-years-old scorer had on 18th minute another great chance to increase Viktoria's leading when after a foul on Radim Řezník the referee whistled a penalty kick. Martin Berkovec guessed the right side and saved Krmenčík's kick. On about 30th minute Plzeň had another scoring chance. Hořava passed the ball to Petržela who had an open space in front of him and Krmenčík on one side. The midfielder decided to run alone but his attempt was blocked by a defender.

Both sides produced some bigger chances until the half-time break. At first Luděk Pernica had an effort on goal but he missed the target. At the very end of the 1st half the home team could equalize the score. Tusjak had a ball in a very good position but Kozáčik was at his place. The result was 1-0 for Plzeň.

The 2nd half started by Viktoria's activity. Right at the beginning Petržela and Hrošovský tried their luck but both attempts flew above the crossbar. On the other side the captain Marek Janečka rushed in the fast break. He, as a defender, appeared very close to Viktoria's goal but Kozáčik stopped his effort.

On 72nd minute Karviná had their biggest chance of the match. Letić's ball flew from the corner to Smrž who had an empty goal in front of him. The home midfielder was poor in the final phase and Kozáčik made it to save his shot. Martin Zeman had a chance on the other side but Berkovec saved it.

Plzeň secure their leading until the end of the match. Viktoria beat Karviná 1-0 by a goal of Michael Krmenčík.

"I would divide it into two different halves. The first one was better. We scored a goal, did not score a penalty kick and and made other chances," Vrba said to journalists. "In the 2nd half we adapted to Karviná's game. Both teams played on long balls and it was much about the fights in the midfield, which suited them. We lost the midfield and could not combine as in the 1st half. I expected more," Vrba regretted.