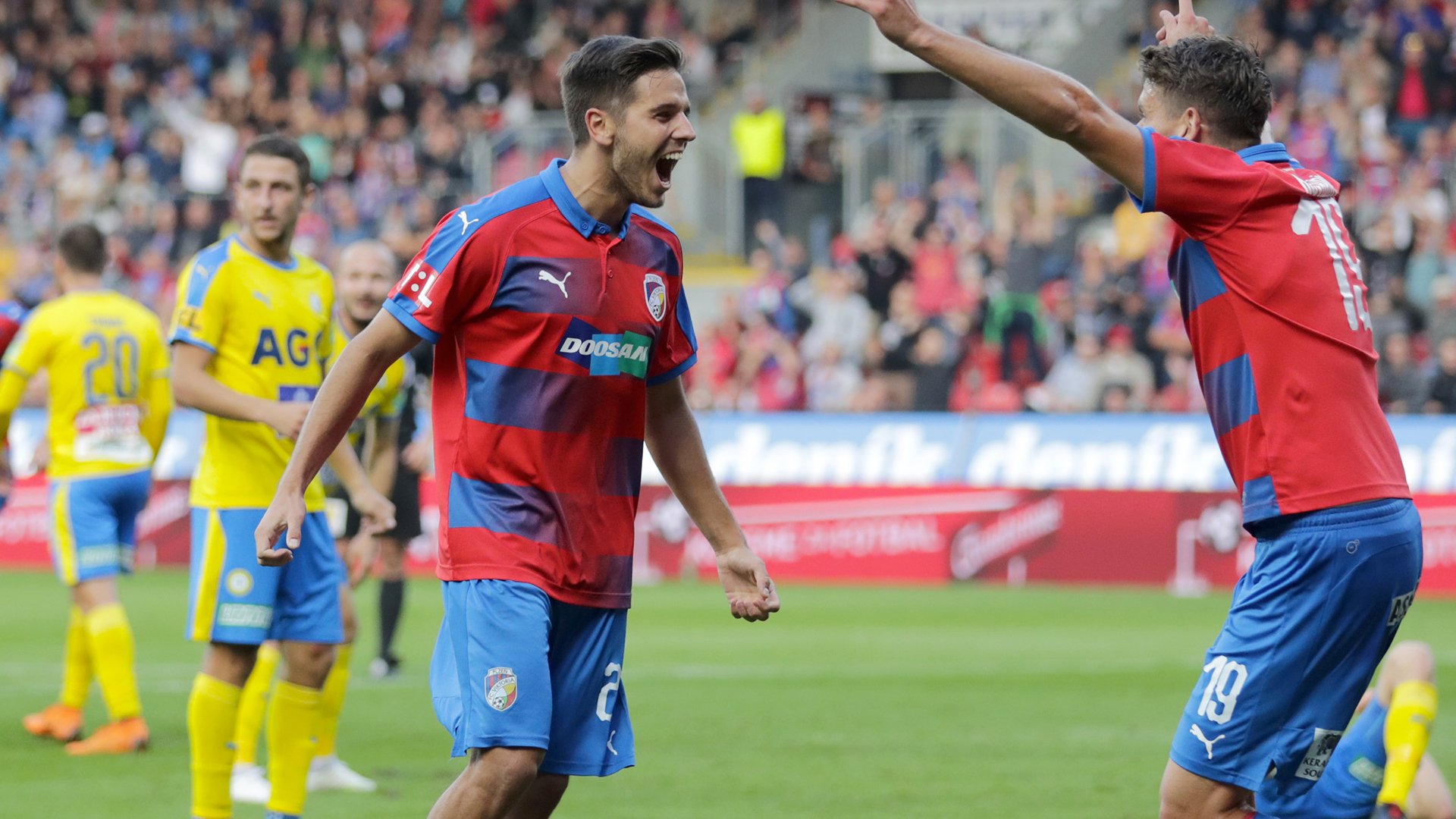 Pavel Vrba made three changes for the match against Teplice. Aleš Hruška in the goal, Procházka replaced by Hořava in the midfield with Hořava's position filled by Čermák and Ekpai on the right side. In the end, it was Aleš Čermák who scored the first and only goal of the match.

The first interesting action happened in the opponent’s box when Diviš saved Hrošovský's dangerous crossed ball. On the other side Viktoria’s former player Kučera could run towards the goalkeeper after Hrošovský’s loss but he lacked speed and Viktoria’s defenders returned back just in time.

After 20 minutes Hrošovký shot on goal from a distance but his attempt was stopped by goalkeeper Diviš. Moments later Čermák passed a high ball to Ekpai who extended it for Michael Krmenčík. He tried to volley it while turning, but he sent it just wide. Then Hubník headed the ball above the top bar with his chance later.

Viktorians finally got their first goal of the match in 60th minute. Aleš Čermák beat his defender on the right wing side and broke into a breakaway. He passed the ball to Krmenčík who took it into the box and left it with a shifty little backheel for Čermák who was clear to shoot. His attempt went from goalekeeper to the top bar and then just behind the goal line – 1-0.

Soon after the goal situation Lukáš Hejda was close to put one more on the scoreboard when he hit the right goalpost from a header after corner kick. Krmenčík took advantage of Milan Petržela’s good play later but after stopping the ball and changing his foot he missed the target.

As the match progressed Viktoria had more opportunities to increase their lead. After excellent Krmenčík’s action Hrošovský missed the target and moments later Kovařík fired a screamer right into Diviš' left leg. In the 82th minute Krmenčík was very close to scoring but his header went into the right goalpost and then along the goal line where Diviš punched it away to safety.

Plzeň could secure their lead when Hořava took a penalty kick. However, it was only another goalpost hit and his team could regret it a few minutes later because Jakub Hora rushed on goal, got rid of both center backs and was alone in the box, luckily Aleš Hruška stopped his effort with a crucial save. Vondrášek then attempted to tap the ball in from sharp angle but he only hit the side net.

"We made the match complicated ourselves because before the busy end we had four situations where we could score the second goal. Those were 100% goal opportunities," Vrba regretted. "The players themselves felt the second goal would decide the match and would calm them down. They failed in scoring a penalty and hit a couple of goalposts. In the second half we had several situations when we could score and calm down for the end. Unfortunately, we didn’t make it and then it comes what happened today, that you don’t play football, you just kick long balls and you only want to secure the win," Vrba said.