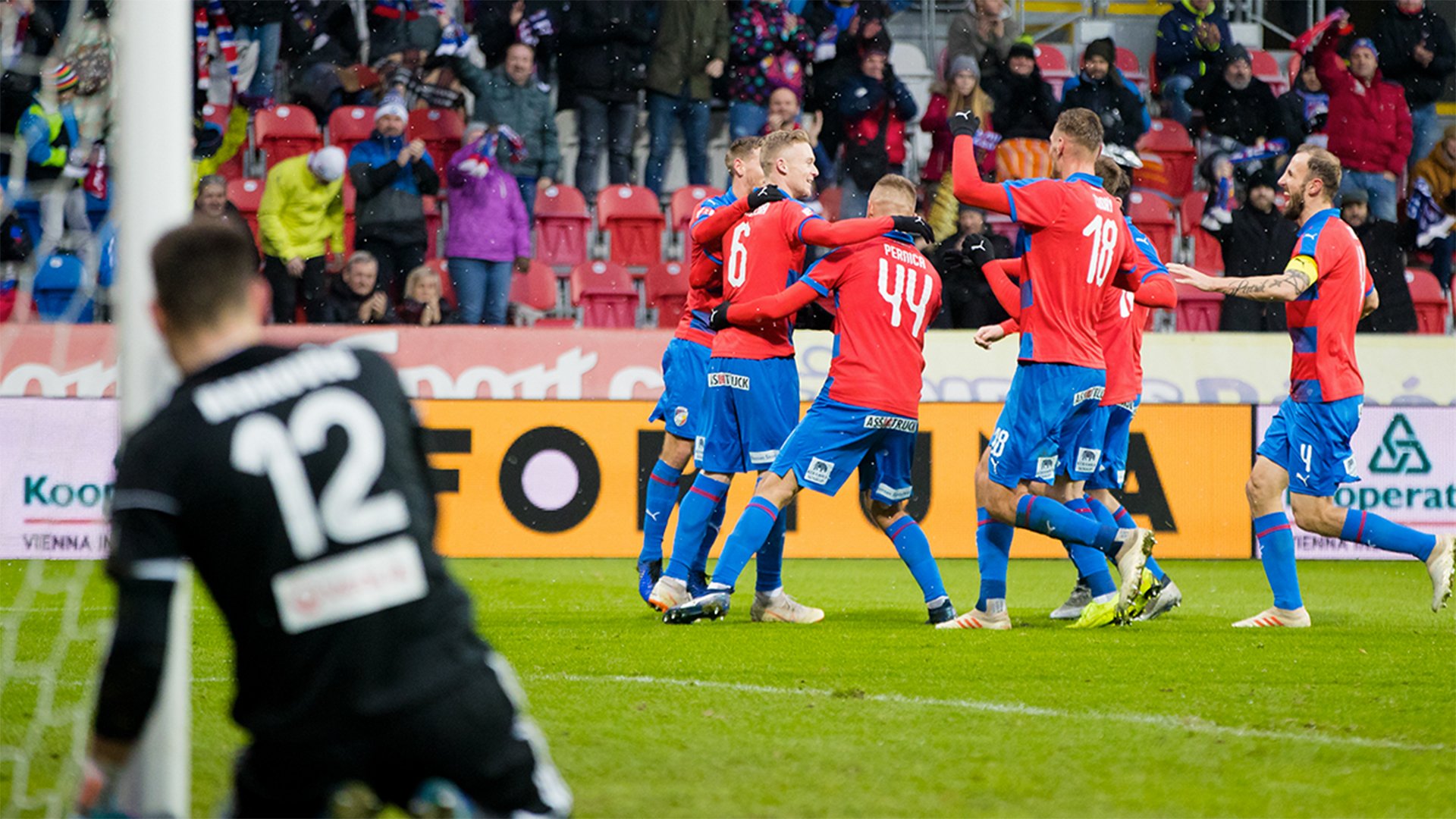 Against Karviná Pavel Vrba did not change the starting line-up as he used for the match against AS Rome on Wednesday. The only forced change happened at the centre back position where punished Hejda was replaced by Luděk Pernica. Kopic’s quick goal and Procházka’s free kick secured two-goals lead for Viktoria, only Ba Loua adjusted the score to final 2-1.

As well as in the previous league round at Zlín’s stadium Viktoria opened the last home match of 2018 by a quick goal. It was again produced by a left foot of Jan Kovařík who this time precisely passed the ball to Jan Kopic who scored.

Soon after that Roman Hubník and Aleš Čermák could increase their lead, Viktoria’s skipper closely missed the target and volley by the latter one was shot down off the goal.

The second goal was added by Roman Hubník on 30 minutes into the game when turning a nice free kick into the top left corner. Procházka could also add one more perfect shot but his volley targetted only to the crossbar.

On the other side, Hruška saved Guba's attempt and rebounded it on a corner.

After a break the fans had to wait a longer time for a bigger chance but the visitors finally performed a scoring action. Guba croosed the ball behind the defence to Ba Loua who excellently processed it and shot behind Aleš Hruška. Karviná did not do more in the match and Viktoria won the last match of 2018.

“It was a match of two different half times. We could win the first one like four or five to zero. We scored only two goals but the game was very good. We entered the second half with lots of inaccuracies, we didn’t defend well and we lost the control of the game. If we want to go ahead Slavia, we’ll have to play the second half times better,“ Kopic realizes.