Slavia beaten! Viktoria reduced their margin at top of the standings 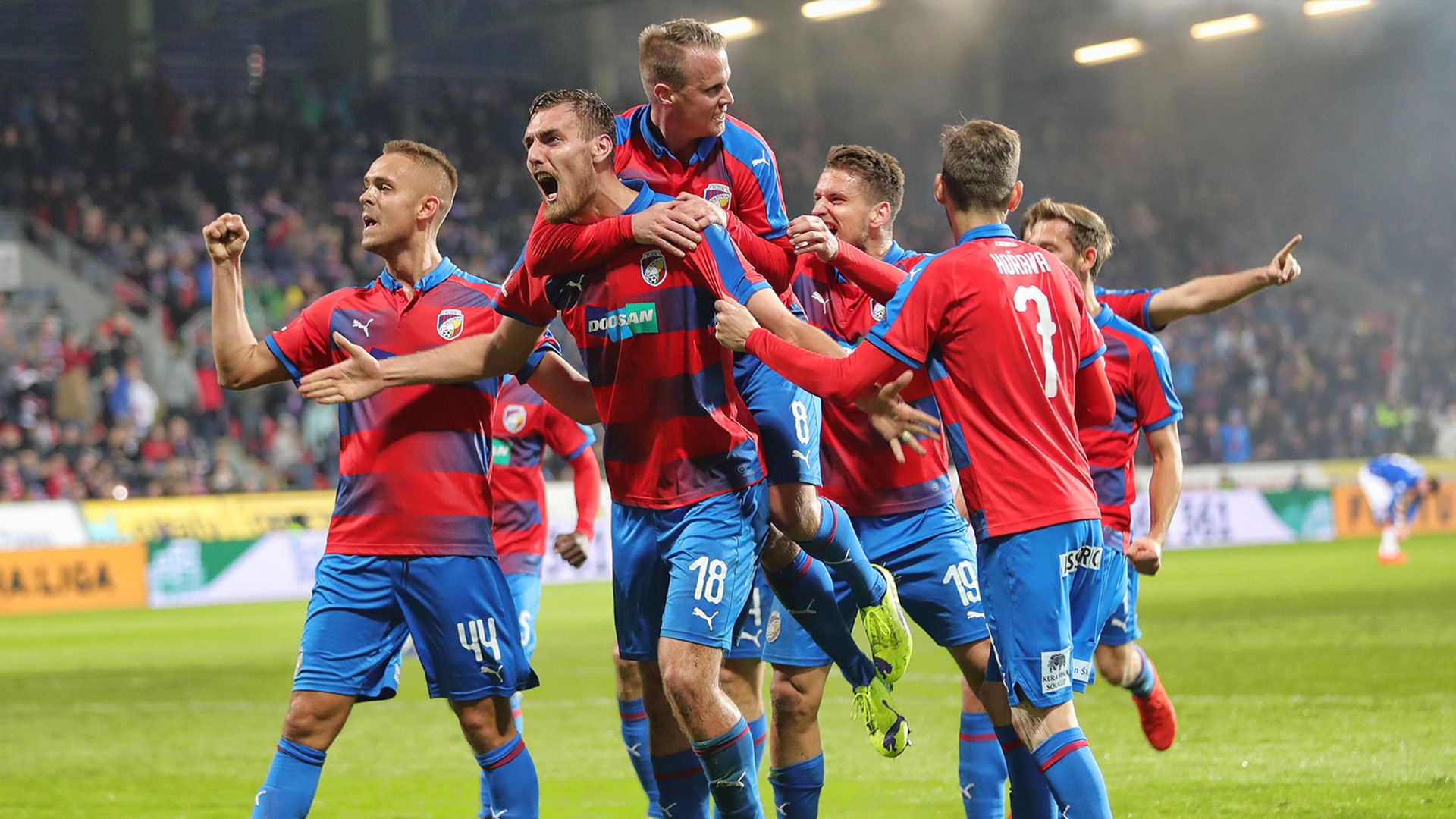 Pavel Vrba made several changes for the major spring league event. Tomáš Chorý played in the offensive and he quickly repaid the coach’s trust by a goal. Slavia put Viktorians under pressure mostly in second half, nevertheless, Plzeň defended well and they even added one more goal before the end. Jean-David Beauguel scored his premiere goal in front of the home fans.

Right in the 6th minute the home skipper Roman Hubník appeared in a promising chance. He jumped up to a crossed ball by Hrošovský after a free kick but he tightly missed the target. On the other side, Stoch had an effort on goal from the edge of the box but his attempt flew off the goal, too.

In the 20th minute after a won tackle Tomáš Chorý tried to shoot from a mid-distance but his ball was rebounded off by the goalkeeper Kolář. Soon after that the tall striker stopped the ball for Hubník but his volley was inaccurate. Plzeň’s another opportunity was created by Joel Kayamba who got a pass and quickly counterattacked through the whole pitch. He crossed it to Hořava who failed in final phase.

The score was opened at the end of the first half by Tomáš Chorý. Hrošovský lobbed to free Limberský who returned it to Chorý and he quickly scored.

Slavia almost equalized in the 52th minute when Souček tried to push Bořil’s pass  behind Hruška, however, the goal was not counted for off-side position. Slavia possessed the ball most of the time in second half but Viktoria’s defence worked hard.

Finally substituting Jean-David Beauguel scored when finishing a nice action by Petržela and Havel. Milan Havel served the ball to French footballer in front of the box and Beauguel could just enjoy his first goal in front of the home fans. Moreover, he sealed Viktoria’s won to 2-0.

“Amazing! We won against Zagreb and also made it in the very important match with Slavia. We got closer in the fight for the title again. Today our fans helped us a lot and this victory is also helpful before we’re going to Zagreb,“ he said after the match.

He really enjoyed his goal celebration. “It was such an explosion of joy. I have already scored in Boleslav where I enjoyed it but it was at an away pitch…I was craving for scoring at home. Moreover against Slavia, my family was here – perfect for all of us. Now we have to continue in this way until the end of the season,“ he added.