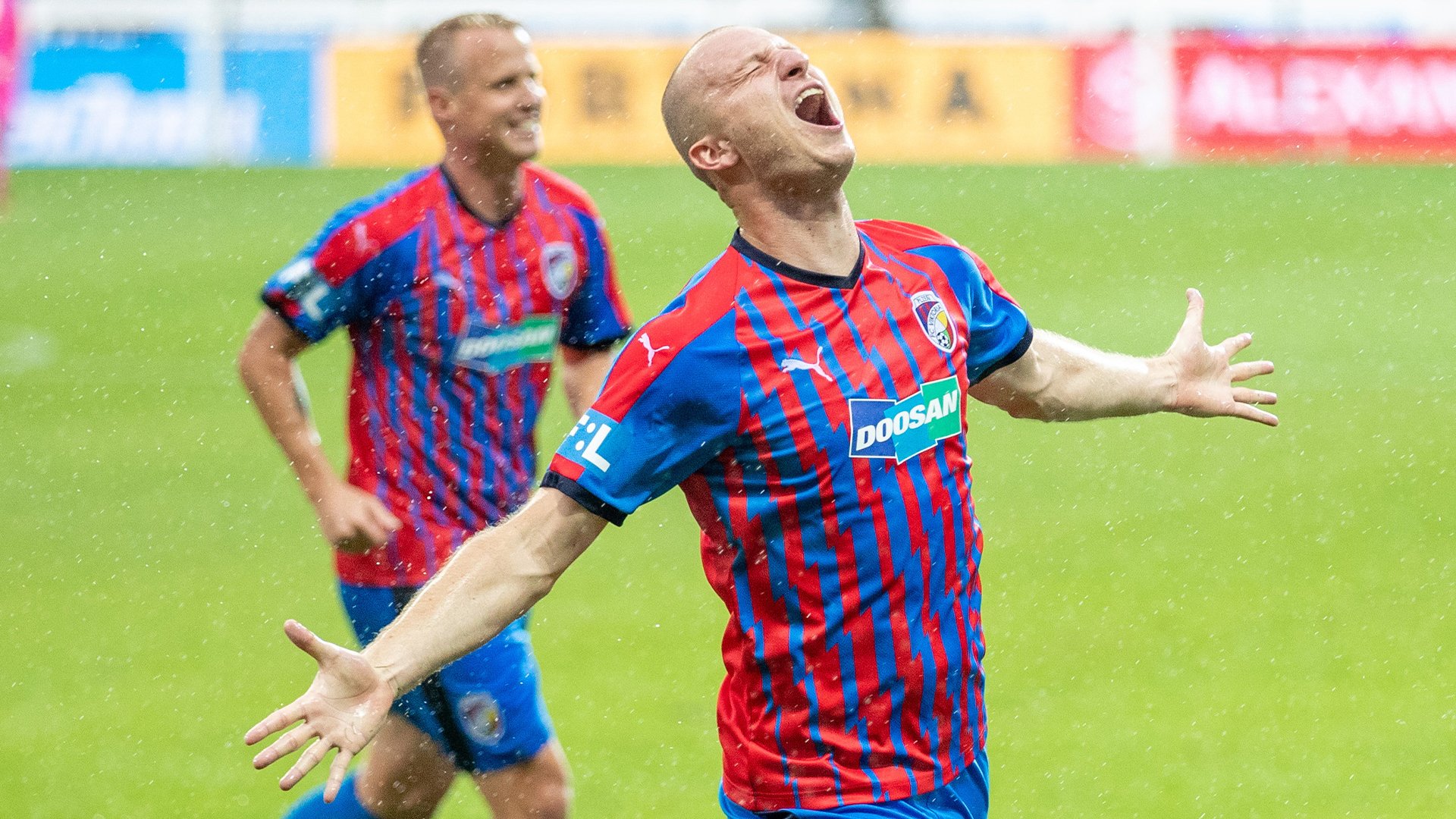 Three points for the third time. Viktorians keep their 100% league statitics when they beat Karviná 3-2. Michael Krmenčík shot his first two goals after a long injury, Jakub Brabec succeeded for the first time in Viktoria’s kit.

Plzeň have never lost a point against Karviná within the highest domestic league and they wanted to link to it right from the beginning of the match. Under rainy weather they waited for the opening goal when Joel Kayamba beat his defender and crossed the ball to Michael Krmenčík. He scored his first goal since 19th September 2018 when he scored twice against Moscow in UCL.

Viktorians produced several more promising chances and Jan Kopic or Patrik Hrošovský could increase the score but none of them succeeded. On the other side Marečka had an effort on goal but missed the target so the half-time result was 1-0.

At the beginning of the second half Karviná quickly equalized the score. After David Limberský’s foul on Marek Janeček the visitors were given a penalty kick that was executed by Milan Rundić. Viktorians could promptly return their score but after amazing combination of Řezník and Kayamba the latter one hit only an upright.

Doosan Arena boost out of joy after amazing action! Luděk Pernica settled excellent action to Radim Řezník who prolonged the ball to Michael Krmenčík – he added the second goal to 2-1.

Moments later the atmosphere was even happier! A corner to Hrošovský with substituting Kovařík who crossed the ball to Jakub Brabec and the centre back celebrated his first goal for Plzeň.

Karviná soon reduced the margin. Jakub Šašinka passed the ball to Michal Petráň who dramatized the end of the match. However, Viktorians secured their leading and gained all three points.

“My immediate feelings? We won and that’s most important,“ he said. “Concerning the goal somebody told me before that Kovi would cross the ball first. I knew it could appear somewhere in the box and I’m glad I made it,“ he commented on his first shot.