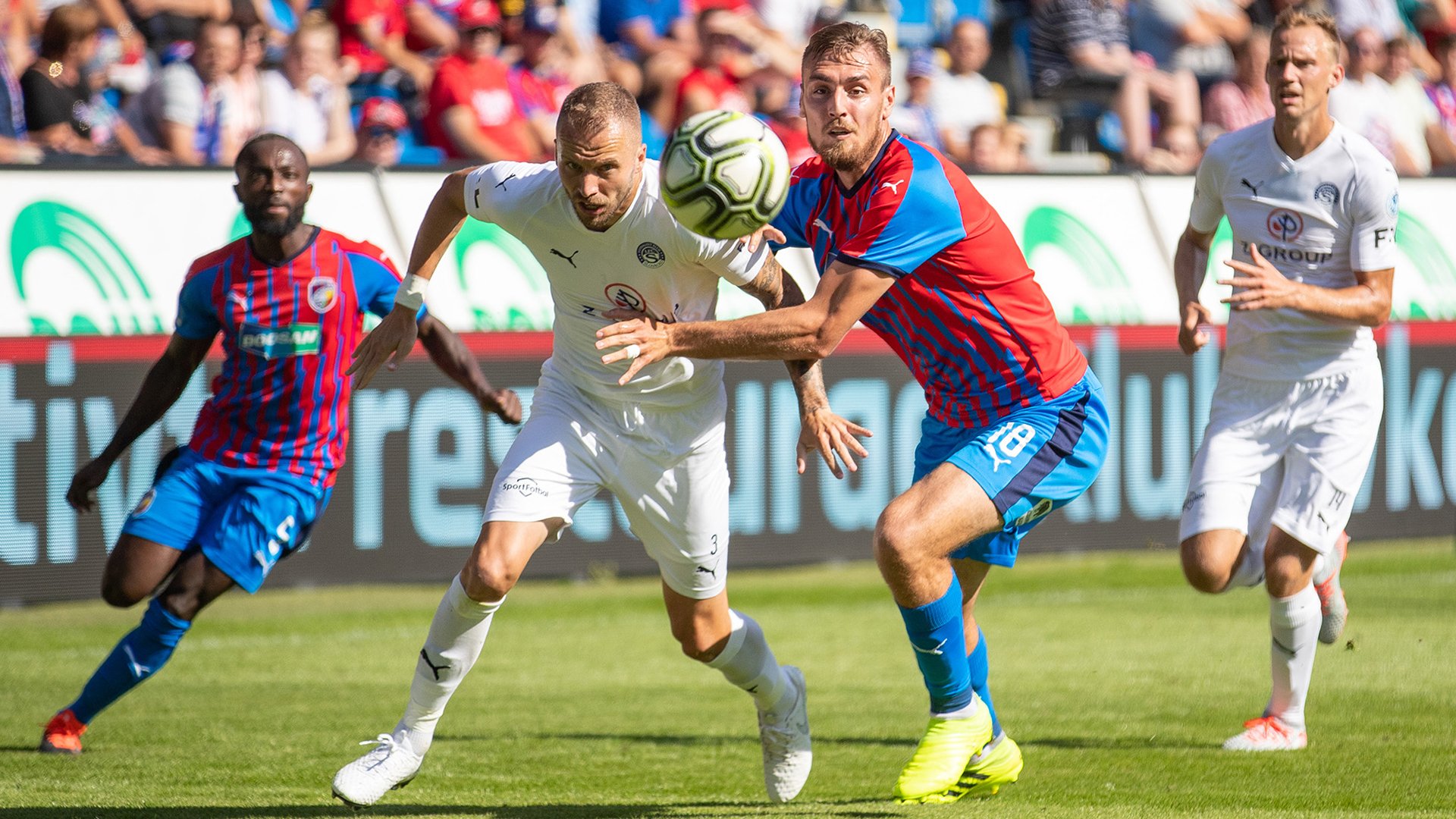 Viktoria lost the first match of the current season. They did not make it in the 5th round against Slovácko and were beaten 0-2.

There were organized two actions on the pitch before the kick-off. At first Viktoria oficially said goodbye to Milan Petržela, the player who participated in 372 matches in Plzeň and belongs to generation that made all the best for this club. 36-year-old midfielder got a kit with number of played matches and a bunch of flowers. Afterwards the stadium paid tribute to Vít Kulhánek, Viktoria’s fan, who tragically died this week.

Then the game got started and Plzeň wanted to please their supporters right at the beginning when Ondřej Mihálik crossed the ball to Adam Hloušek, he prolonged it to Tomáš Hořava but Roman Procházka’s hit was blocked by defence.

The first bigger chance of visitors had paradoxically Milan Petržela. In the 39th minute he kicked towards Aleš Hruška who was very busy to rebounded it off. Slovácko finally scored the opening goal of the match. Tomáš Zajíc rushed along Lukáš Hejda, passed the ball into the box and white-kit team was in leading.

Pavel Vrba was not satisfied with the game of his team in the first half and right at the beginning of second half he substituted two players. Ondřej Mihálik and Tomáš Hořava were replaced for Jan Kopic and Michael Krmenčík. Adam Hloušek was the first one to have an effort on goal but his lef-foot shot flew off the goal.

This double substitution finally did not help and the visitors scored their second goal. Milan Petržela settled a nice action and crossed the ball to Tomáš Zajíc who lobbed over Aleš Hruška. Red-and-blues lost the 5th round match of FORTUNA:LIGA against Slovácko 2-0.

"Poor performance of our team, all of the players being on the pitch," his critical evaluation of the match started. "We lacked vigour, fighting spirit, joy of game..nothing was there. After the break we wanted to make our game easy, to play long balls, crossed balls into the box. We had some chances but it wasn’t enough. We play at home and have hardly any chances," Román Procházka did not understand.