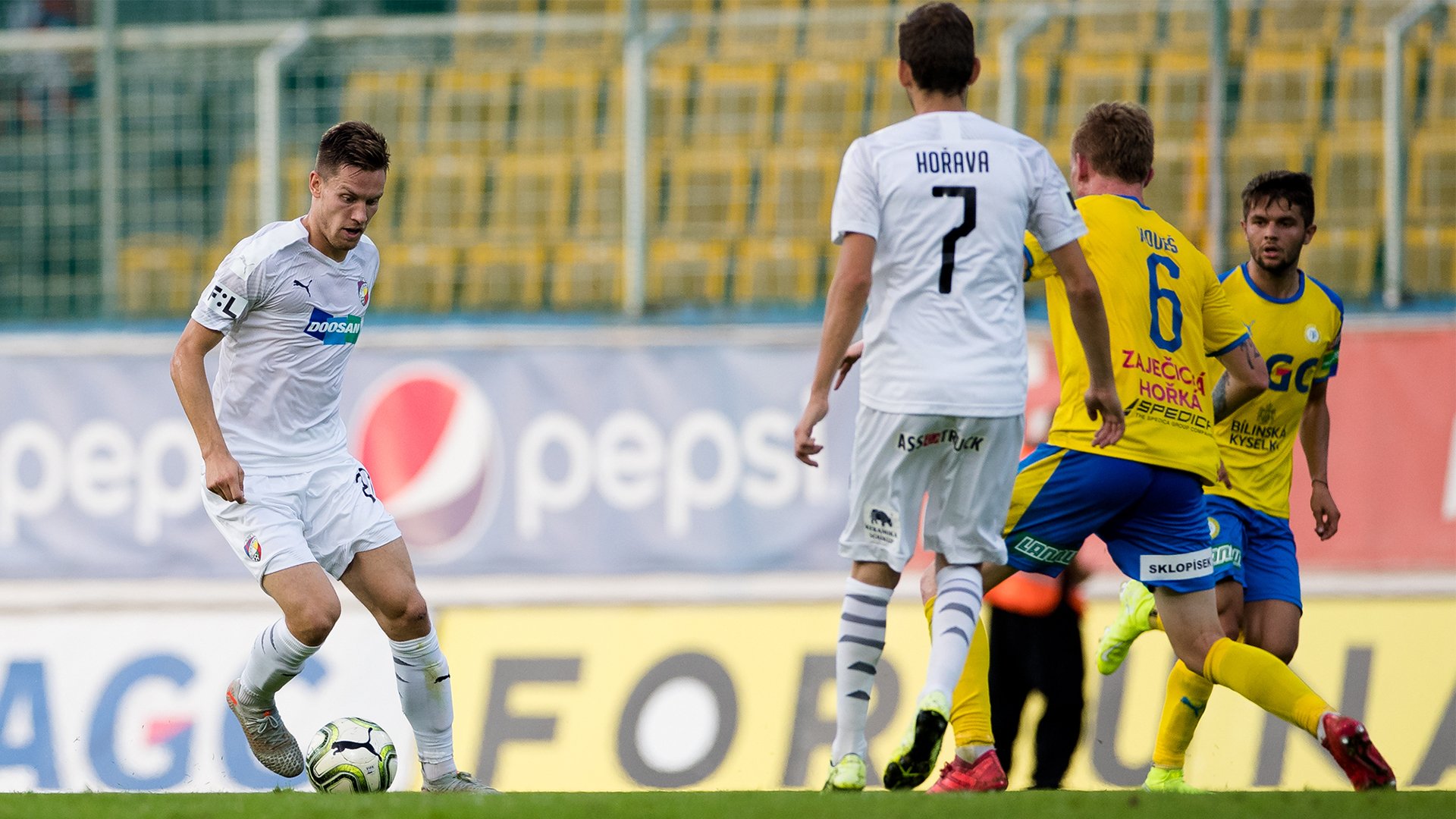 Plzeň played their first match without Patrik Hrošovský in Teplice. Jakub Brabec was the skipper for the first time, in the line-up there were also Dominik Janošek, Luděk Pernica and Adam Hloušek.

Viktorians had the opening chance of the match. Adam Hloušek dangerously looked for Tomáš Hořava but home goalkeeper Grigar was quicker. Teplice later produced a pure goal chance when Petr Mareš crossed the ball to Patrik Žitný in the box. He luckily got over Aleš Hruška but his job on the goal line was done by Hloušek who kicked it off.

Dominik Janošek had an effort on goal later but Grigar rebounded his attempt. Viktorians scored in the 37th minute when Lukáš Kalvach shot a long-distance shot right to the top corner. The half-time score was 1-0.

The hosts entered the second chance more actively. At first Jakub Hora failed in heading the ball towards goal and then Jakub Mareš had even bigger chance when turning the ball to back upright.

In the 72th minute Aleš Hruška performed an excellent save against Jakub Hora who took a free kick.

Fans of the home team could celebrate in the 83th minute. Jakub Hora volleyed Mareš’s crossed ball and equalized the score of the match. It remained until the end and Plzeň left Teplice with a 1-1 tie.

“We’ve seen a fighting match when both team tried to play football but it was rather more agressive and stronger and at the end it was obvious Teplice had more power than our team,“ Pavel Vrbe reminded of Thursday’s match against Antwerp that took 120 minutes. “Of course, we regret not to secure our 1-0 leading,“ the coach said.