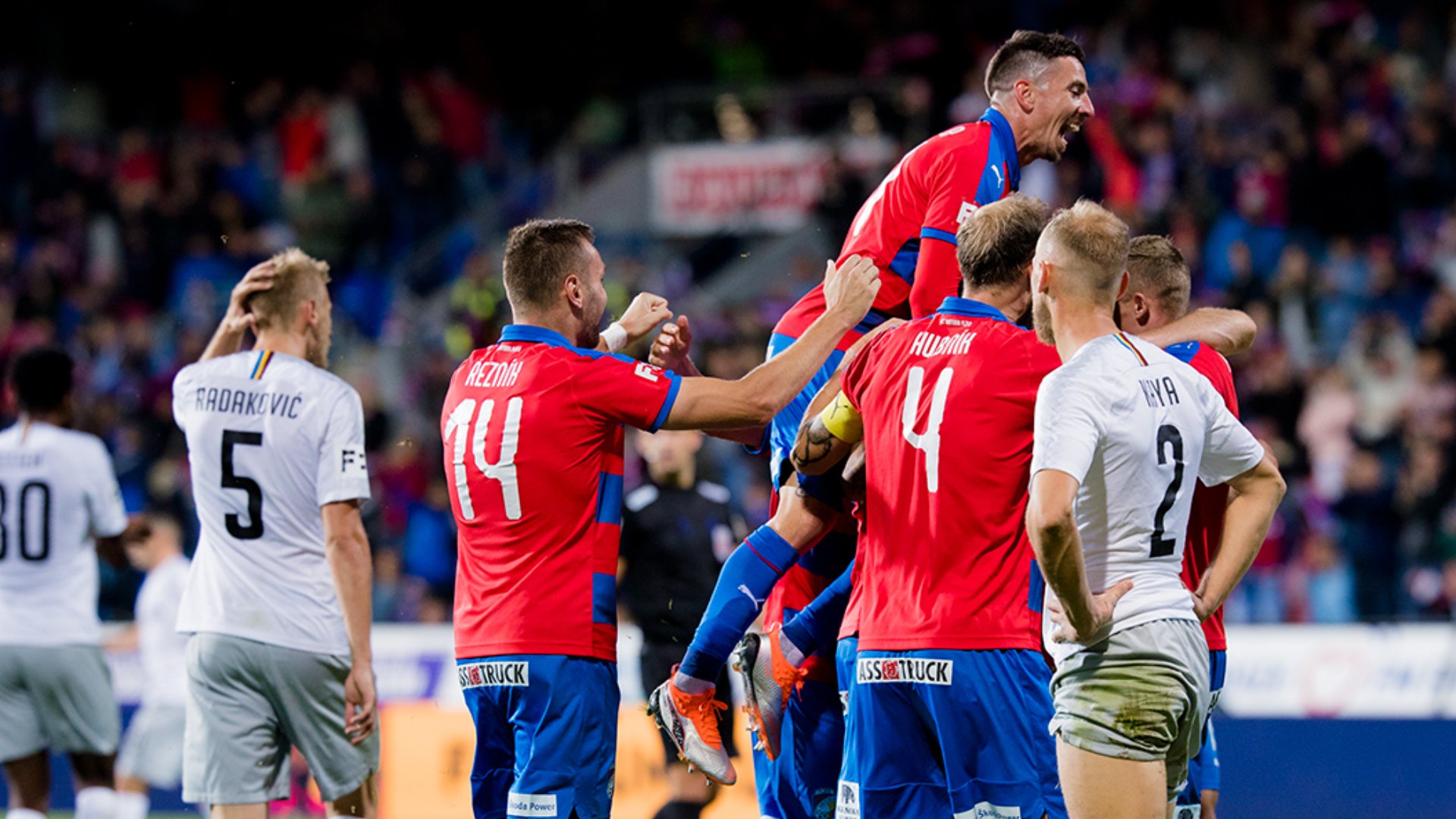 For the so expected match against Sparta Pavel Vrba sent Lukáš Hejda on the pitch from the very first minute as well as Roman Procházka who returned back after injury. He finally showed up to be a key man of the game. In the tense match Procházka opened the score in the 75th minute. Sparta weren't able to react until the end so Viktoria served them the first league loss in the current season.

Everyone expected a very escalated match and the fans didn't have to wait long for hot emotions on the pitch. First, Michael Krmenčík was shot down in the opponent's box, however, the referee after consulting the situation with VAR didn't blow a penalty shot. Then Sparta's forward Tetteh sharply jumped against Matúš Kozáčik and they tackled a bit, Tetteh and Limberský both were penalised by yellow card.

On 23rd minute Michael Krmenčík performed well when he effectively beat Kaya and Frýdek afterwards. He also tried to lob Nita but his shot was blocked. On the other side, Plzeň lost the ball and Šural had a good volley position but he missed the target.

Immediately after the break both teams were dangerous on goal. Chipciu shot hard on the volley from the edge of the box but Kozáčik was ready. On the other side, Krmenčík rushed to score but he missed the goal.

About 60th minute of the game Jan Kopic had to leave the pitch because of injury from a tackle with Costa, he was replaced by Milan Petržela. The visitors had another chance after Stanciu's pass to Tetteh but his lob lacked accuracy. Then a good effort by Procházka was seen but he chose low passing instead of shooting.

Finally Doosan Arena burst out of joy on 75 minutes when Řezník headed a long centre in front of the box and Roman Procházka on the volley shot under the crossbar thanks to a deflection from Uroš Radaković. The visitors could response soon when Šural lost his defender and shot on goal but at the time the referee blew a foul that stopped the action.

Meanwhile Sparta substituted the defender Kaya for another forward, the coach Vrba strenghtened the defence by Luděk Pernica. After Kanga's pass Šural received the ball and had a good scoring position, nevertheless, he missed again. At the very end of the game Stanciu made a foul and was shown a red card. Sparta didn't have any chance to change the score then.

"We expected a match with emotions and tackles. Our fans vocally supported us hard and that we made it, it's more worth it," he is clear. "It was an interesting match, at some moments it was very sharp but that's a part of the game, football is hard. We were fighting and we got deserved to win." He spoke higly about the atmosphere at the stadium. "It was fantastic. We'd like to thank our fans for their loud support."