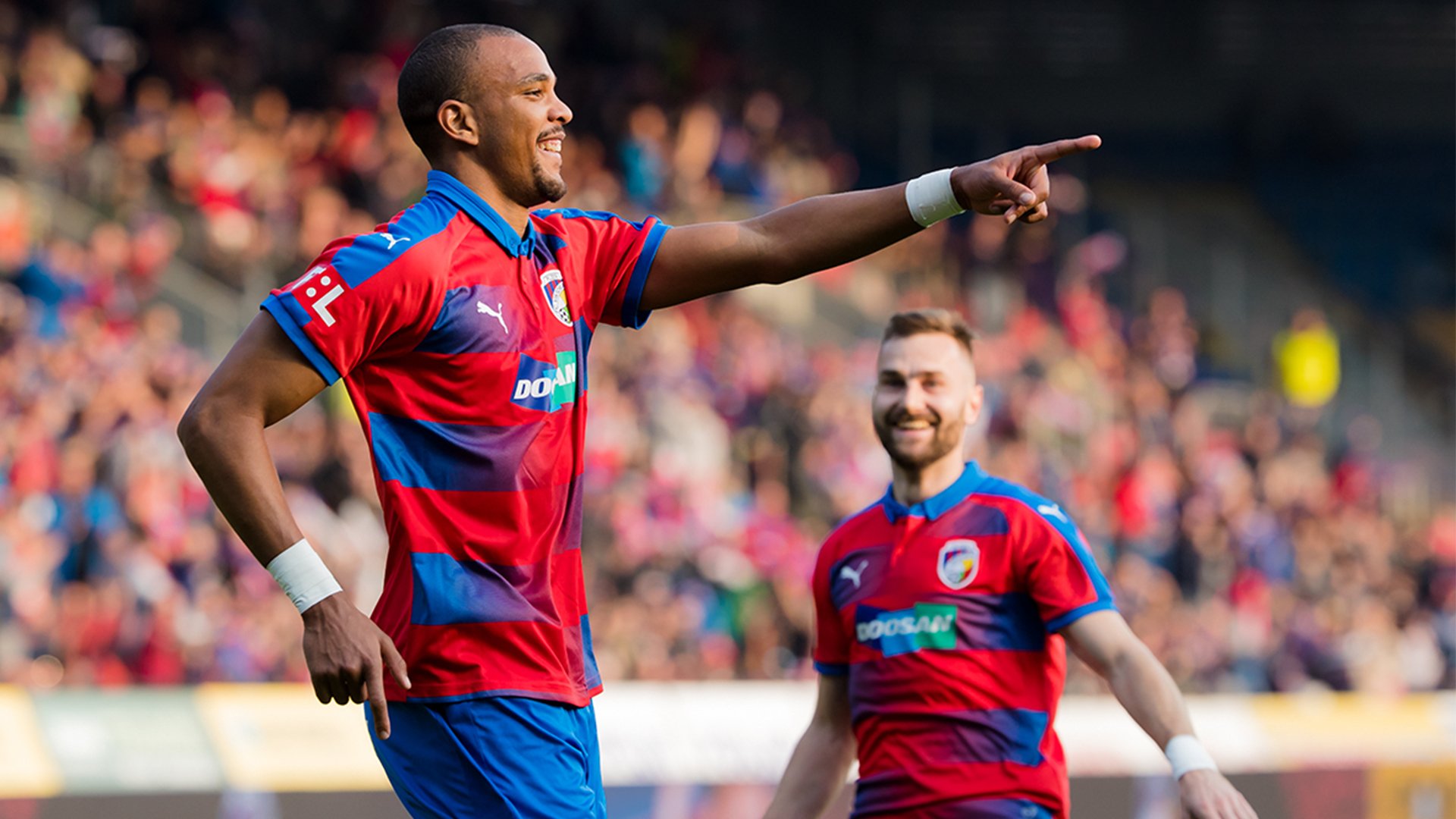 The national team break finished and Viktoria played the next league match. This time they welcomed Bohemians 1905 at the home stadium and the fans were not bored at all. Until break the red-and-blues were leading after two goals of Jean-David Beauguel, however, Bohemians soon equalized the score and finally Tomáš Chorý decided in the 86th minute.

Viktoria entered the match very successfully and soon sealed it by goals. Jean-David Beauguel appeared in a promising goal chance in the 7th minute when he hit the ball to an empty goal after Řezník’s assistance through the box. 4 minutes later the French forward added the second goal after Kopic’s crossed ball.

The visitors had a great chance to score in the 35th minute when the referee Berka after examining the situation in Viktoria’s box whistled a penalty kick because of Jakub Brabec’s hand but Bohemians’ skipper Jindřišek missed. Immediately after that Beauguel was close to hat-trick but this time his attempt was blocked by defence.

Several minutes before the break Řezník had an effort on goal and while turning in the box he shot towards Fryšták. He was ready and kicked the ball out of the goal.

Bohemians had another great chance about 60 minutes into the game when Reiter beat his defender and run alone on goal. However, Aleš Hruška run towards him and by his excellent save he secured Viktoria’s leading. Unfortunately, not for long. In the 63th minutes Lukáš Hůlka stayed alone near the back upright and he succeeded in lobbing Hruška.

10 minutes later Jindřišek equalized to 2-2 after a quick action. Bohemians could turn the score on their side later when Levin had an effort on goal towards empty goal but Radim Řezník saved it in the last minute!

Viktorians deeply supported by their fans rushed towards the lost leading. Substituted Pačinda was close to goal when heading the ball to the crossbar. A moment later Plzeň could celebrate. Fryšták passed the ball to Tomáš Chorý who netted, Viktoria secured their leading and won.

"Two different halves," Kovařík described. "We had a good start to the first half. We were leading 2-0 and played quite actively. Then our opponent kicked a penalty but fortunately missed. In the second half our performance was not so active, we lacked vigour, lost balls…It’s hard to say why. Bohemians scored twice after our faults. We finally added the third goal and took all points," he relieved.