Viktoria gathered for the first training before 2019/2020 season 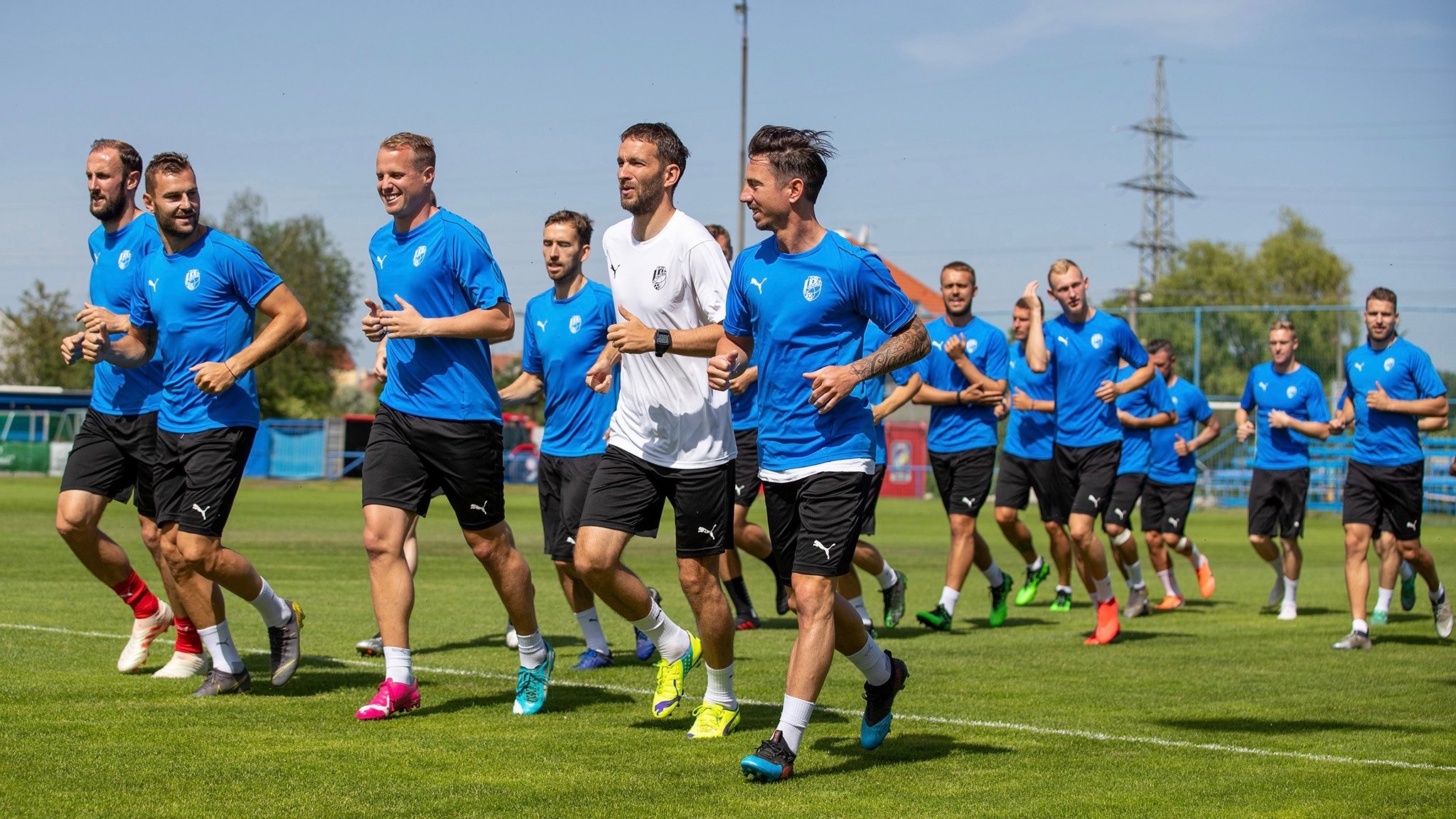 After two weeks off FC Viktoria Plzeň commenced the training part for the upcoming season. After Monday’s and Tuesday’s strenght and power fitness tests Pavel Vrba‘s team had an opening training.

Some players were missing. Because of previous national team’s duties Christián Herc, Pavel Bucha, Pavel Šulc, Dominik Janošek, Patrik Hrošovský, Matúš Kozáčik, Jan Kopic and Jakub Brabec are going to join the team later. Tomáš Hájek had a significantly longer season with Mladá Boleslav so he is going to be later, too.

On the contrary, new singings such as Adam Hloušek, Lukáš Kalvach and Ondřej Mihálik have already participated in the start of the season. Goalkeepers Hruška and Sváček were completed by Jakub Šiman who came back from loan in Táborsko, Ondřej Štursa also started the season with A-squad.

Viktoria Plzeň will play 6 matches within the training part before the season. At the home training stadium in Luční street they will meet Domažlice (15th June at 10:30) and Sokolov (19th June at 16:30). On 22nd June Viktoria will play against Liptovský Mikuláš. The match is a celebration of 85th anniversary of the club’s foundation.

In between 26th June – 5th July Pavel Vrba‘s team will travel to Austrian Westendorf. There are planned three matches with abroad opponents, details will be available later.

Viktoria will start the new league season at the weekend 12th – 13th July. In July they will also play a UCL qualifying round where they meet either Basel (Switzerland) or Olympiacos (Greece). The draw will be held on 19th June in Nyon.

* they will join the team later