Viktoria will go into 2nd leg with one goal deficit 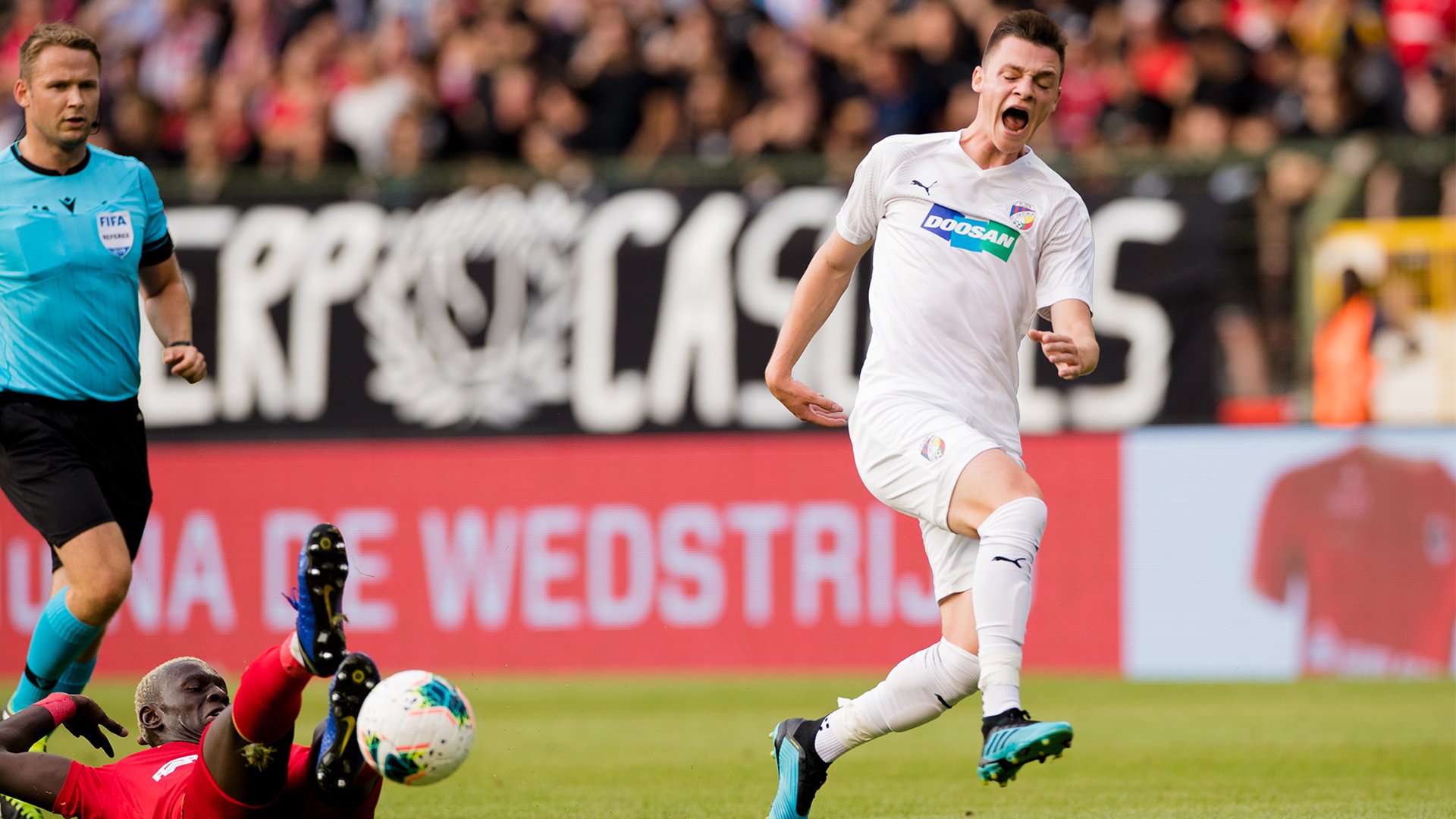 Frustrating but yet not lost result to second leg at all. Viktorians played third qualifying round of Europa League and lost to Antwerps 0-1 at King Baudouin Stadium in Brussels. Ivo Rodrigues socred the winning goal.

In the 15th minute Belgian team had a great chance when Radim Řezník rebounded the ball into an own goal but luckily goalkeeper Aleš Hruška performed a great safe off the corner. Afterwards loud fans of Anwerps could celebrate. Ivo Rodrigues scored the opening goal of the match.

Later the situation could be even worse. Ivo Rodriguez got free in front of Aleš Hruška but in the key moment he fell down and missed the target. Antwerps secured their margin until the end of first half and were in leading 1-0.

Viktorians tried to make their best with the result. They did not let their opponent into a bigger chance, Hejda, Hrošovský or Hořava attempted to equalize but their shots flew above the goal.

Joel Kayamba substituted but did not succeed in his biggest chance. Viktorians lost for the second time at King Baudouin Stadium since 2012, this time they lost here 1-0. We all know how the result was against Lokeren so nothing is lost.

„Today we convinced ourselves what our coaches told us – Anwerps are really good in offensive. Their players are of high quality, they help themselves with long goals to their striker. We know they were playable and we believe the second leg will be better,“ Radim Řezník evaluates.