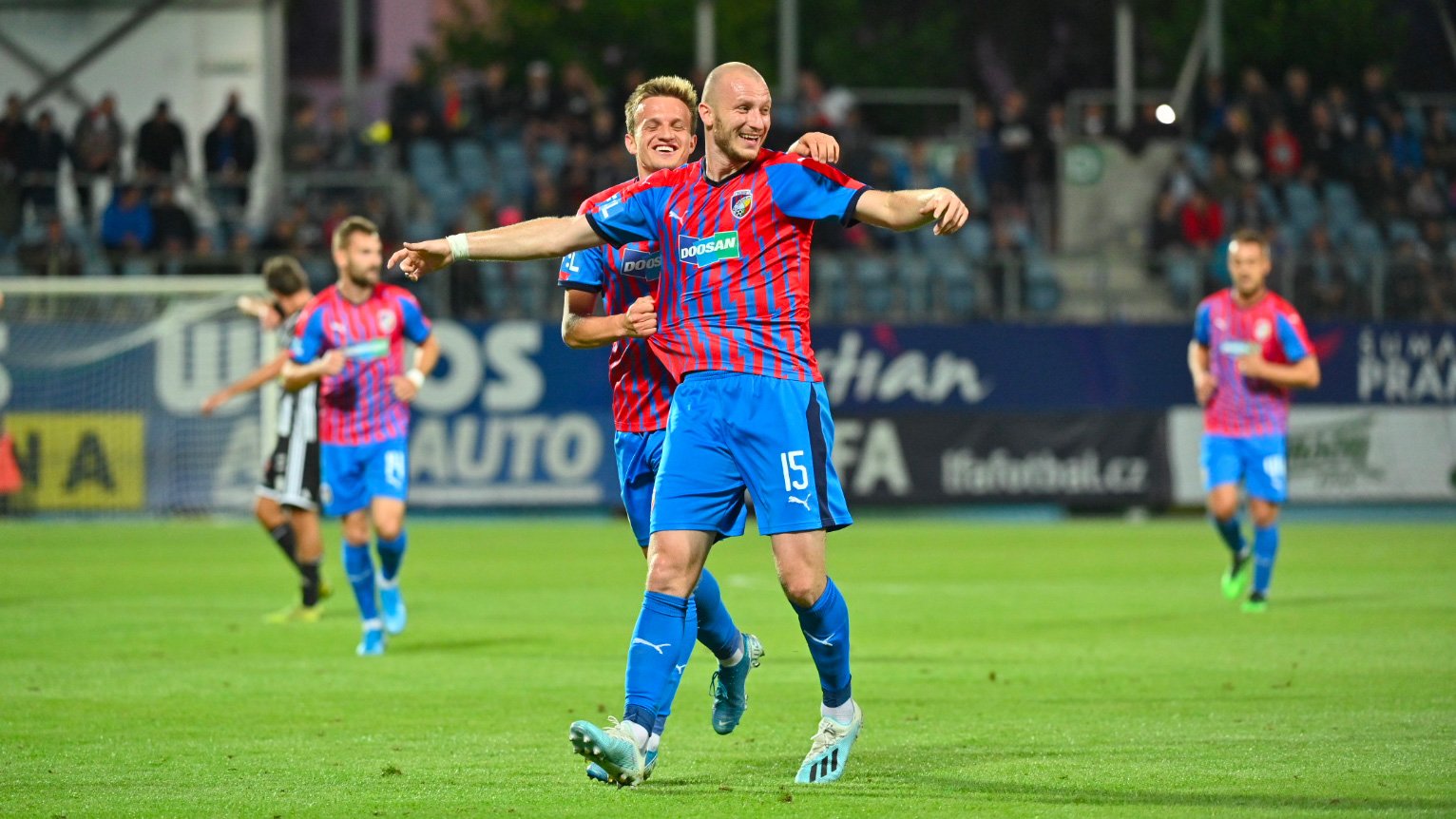 Viktoria prolonged their winning streak to four matches in a row after travelling to České Budějovice. The score was opened in the 18th minute by Michael Krmenčík, several minutes later Roman Procházka increased the margin. Pavel Vrba’s team secured their leading and Tomáš Chorý finally sealed the result by the last goal.

In the 12th minute Michael Rabušic, former national team player, appeared alone in front of goalkeeper Hruška but he could not score.

On the other side Michael Krmenčík performed much better – he stopped in front of the box and netted behind Staněk.

The captain Brabec also had an effort on goal in the box but he was stopped by the goalkeeper as well as Kopic whose sharp shot was rebounded on corner. Roman Procházka’s shot was more successful and he scored his second goal in two matches.

Soon after break Krmenčík shot from a sharp angle but this time he kicked the ball only towards the home goalkeeper. Jan Kovařík later could increase the score but missed the target.

Viktoria controlled their leading until the end of the match and the margin was even increased by Tomáš Chorý who run alone on the left side and set the final result to 0-3.

"Result 3-0 seems clear but Budějovice went for it and played very physical football. We scored two goals and had more chances, which calmed us down," Tomáš Hořava describes the match development. "Second half was much about tackling, the hosts pushed themselves to attack. We could not make it to possess the ball and had lack of combination," Hořava adds.