Big honor for František Plass! He was awarded the Václav Jíra Prize 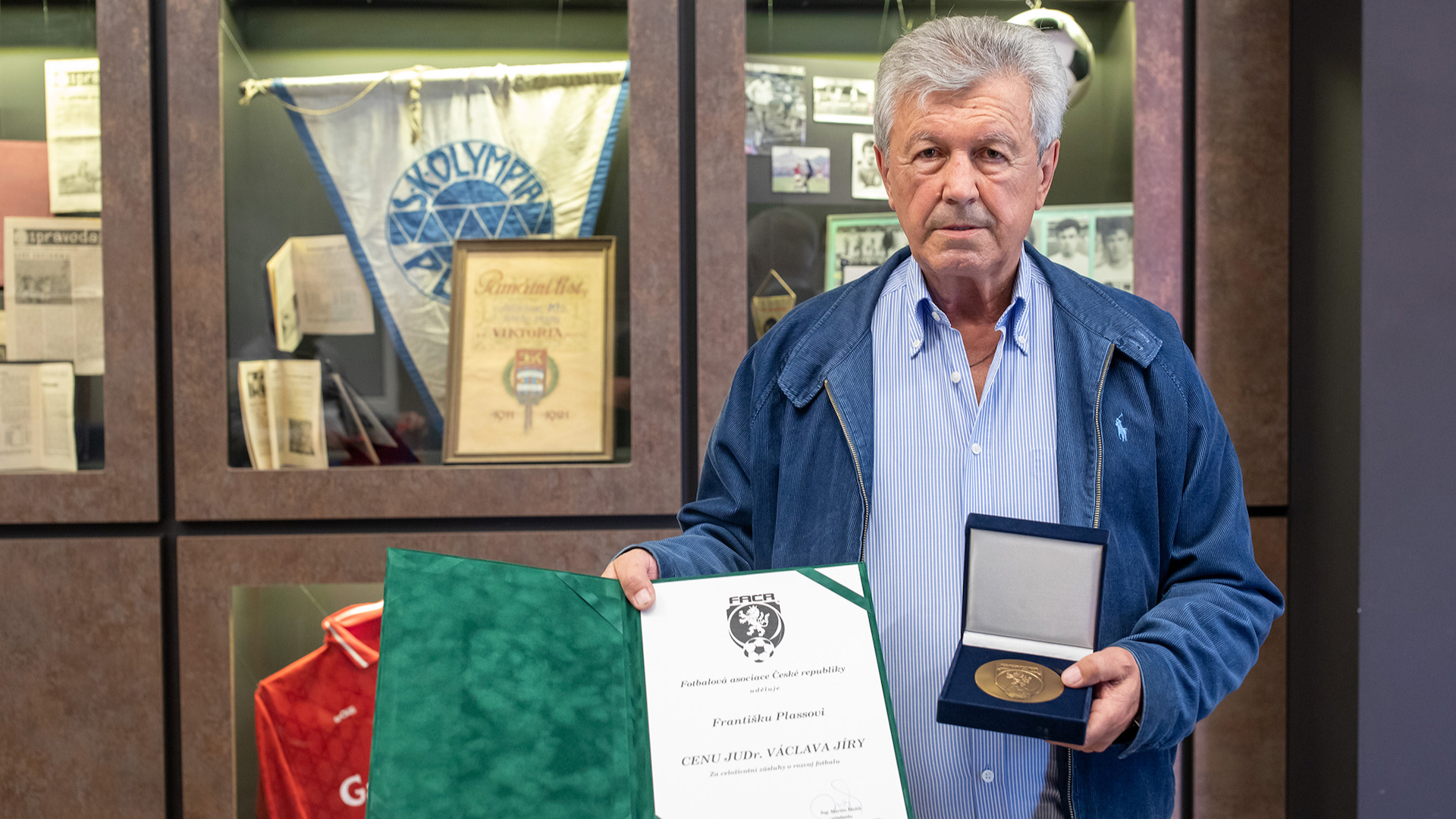 Pilsen footbal legend František Plass was greatly honored. He was awarded the Dr. Václav Jíra Prize, which represents the highest possible football recognition. The prize is given to those, who significantly contributed to the development of Czech football.

František Plass has become one of the three personalities, who received the so-called “big plague” for the year 2019. Milan Mačala, who played for Viktoria Plzeň during 1968-1970, and sports journalist Zdeněk Pavlis were also awarded.

The prize was presented by the vice-chairman of the Czech Football Association Roman Berbr. The Viktoria club president Tomáš Paclík personally thanked Mr. Plass on the behalf of the club. “I haven’t expected it and I am really happy for this award,” deeply moved František Plass said. “I want to honestly thank for the award. But it is not just my personal contribution, but also the work of my former teammates,” he added. He also expressed his admiration for the current Viktoria management and its effort and contribution for the Pilsen football.

His best personal memory goes back to the Czechoslovakian national team, when he and his teammates beat the national team of Brazil. He also mentioned the clash of Viktoria Plzeň and Bayern Munich. “They said I played better than Franz Beckenbauer back then. That made me really happy,” he revealed.

“František Plass is not only a significant figure of Viktoria Plzeň, but also a personality of the Czech football. We deeply appreciate him and I am honored, that I could thank him on the behalf of our club for such an important award. He undoubtedly deserves this award for both player and coaching career,” the club president Tomáš Paclík stated. As a thankyou, he presented František Plass a Viktorian kit with his favourite number 3 and a Doosan Arena model.

Big football personalities such as Josef Masopust, Karel Brückner or Antonín Panenka were awarded the Václav Jíra Prize in the past.

The Viktorian legend František Plass hereby ranked among the greatest Czech football personalities and we would like to sincerely congratulate him for such an achievement on the behalf of our club.