The match was attractive. I think we deserved to win, Daniel Kolář says 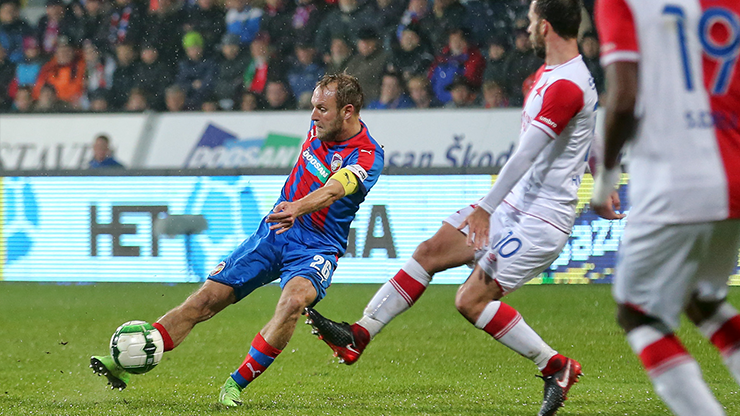 ​The hit of the autumn part of the season was better played by Viktoria Plzeň who beat Slavia Praha 1-0. They have kept being unbeaten after 13 rounds. Daniel Kolář became the hero of the match and together with Lukáš Hejda they evaluated the match.

„The match was tied by tactics. We expected it to be careful, which confirmed,“ Hejda says about the match. „None of the team wanted to make a mistake. We´re so glad for 3 points. I think we secured the win on the defensive and Slavia did not have any big chance,“ the Viktoria´s defender adds.

Daniel Kolář became the hero fot he match when on 79 minutes he scored a goal. „We knew it wouldn´t be about many goals. There were some chances abd the fans had to like the game. I think we had more of them and deserved to win,“ the midfielder is happy.

Marián Čišovský also came to watch the match and the players devoted him the after-match applause. „Mario is a member of our team and we keep fingers crossed for him. We know his situation isn´t easy,“ Kolář says about him. „The atmosphere was perfect today, the full-house forced us to victory,“ he thanks at the end.