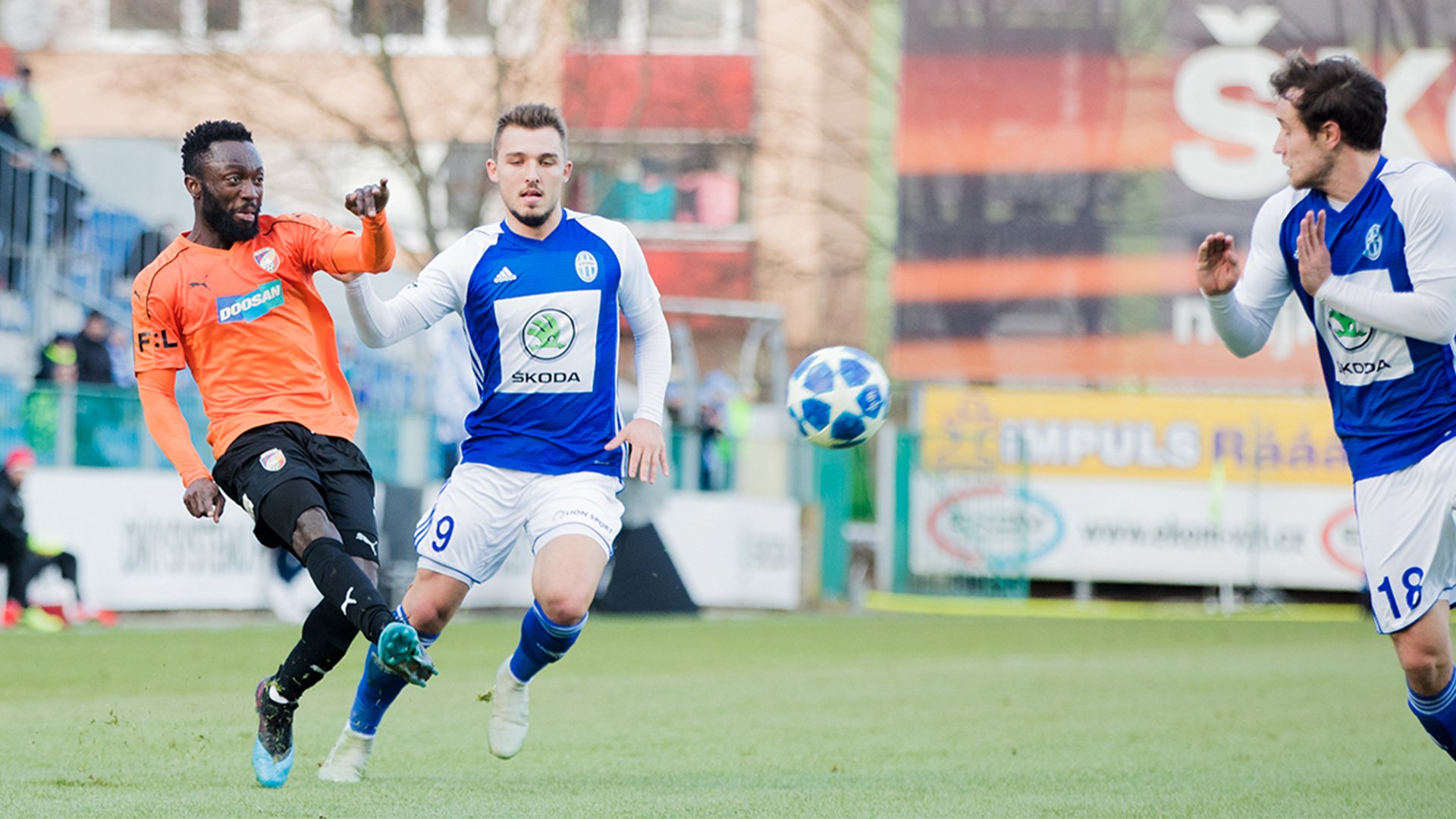 Viktorians started the spring part of 2018/2019 season by 20th round of FORTUNA:LIGA when having faced to Mladá Boleslav. New Viktoria’s signings Joel Kayamba and Jean-David Beauguel debutted in the starting line-up. Both of them also participated in the only Viktoria’s goal in first half. Nevertheless, the hosts equalized in second half and the final score 1-1 remained until the end.

The match brought an unpleasant moment right at the beginning. After Čermák’s first bigger chance the home player and Viktorian Lukáš Hejda headed themselves in aerial tackle. Both players had to be substituted while Hejda was transported to hospital because of brain concussion suspected.

The hosts were closer to the opening goal. At first, the skipper Matějovský took a free kick from behind the edge of the box but missed the target. Then Aleš Hruška saved Přikryl’s total chance. On the other side Hrošovský shot by his left foot but it was stopped by goalkeeper Šeda.

In the 35th minute the best league scorer Nikolaj Komlicenko had a dangerous effort on goal but missed the target and on the contrary Jean-David Beauguel hit on the other side. He got a crossed ball from Joel Kayamba and these two new signings had a perfect debut!

About 60 minutes into the game Boleslav were close to equalizing. Ladra returned the long ball into the box to Komlichenko but he failed in the final phase. About 10 minutes later Komlichenko was fouled by Hubník and with the help of VAR Boleslav were given a chance to equalize from a penalty kick. They made it and the score was 1-1.

Immediately after that Plzeň rushed in offensive and Hrošovský soon had a chance on goal, however, goalkeeper Šeda was ready. Viktoriand increased their pressure but the hosts secured the draw.

“We’re not happy. We wanted to bring three points to Plzeň. One is better than nothing but it’s a disappointment today,“ Beauguel said about his premiere league match for Viktoria. He succeeded in scoring after a crossed ball of Joel Kayamba, another new man in the team. “I’m glad I scored in the first match, it’ s good for my self-confidence. We were talking with Joel about this type of action before the match and he passed me a perfect ball. It was his first match, too, so it’s great he had this assisst,“ the forward added.