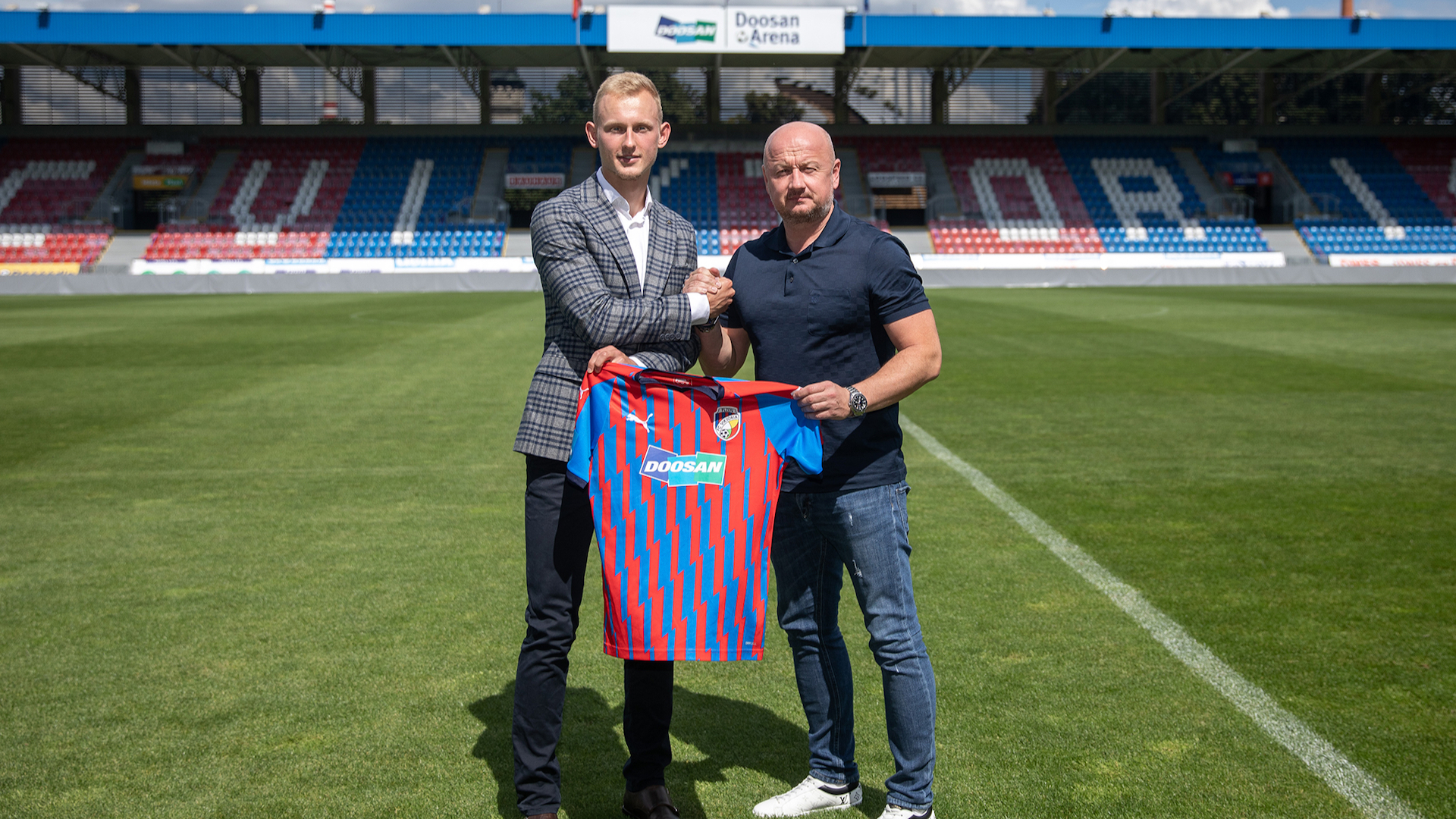 Ondřej Mihálik has officially become a Viktoria Plzeň player. The club has used the optional fee to sign him after his loan spell from AZ Alkmaar.

His loan spell now changes to transfer. "It is very good for me, now I will have a clear mind and will not have to think about my future. I am very happy to sign a contract with Plzeň," he admitted. "It was mine and my family´s priority to stay here in Viktoria," Mihálik added.

"Ondra Mihálik is a hardworking player with a great character and attitude. During his loan spell from AZ he convinced us about his qualities as we see a future for the club in him. Together with head coach Adrian Guľa and sports director Zdeněk Psotka we were sure about using the optional fee," said Adolf Šádek, the club´s general manager. "He quickly adapted here and now can fully concentrate on remaining three matches of the season and getting ready for the next one, where we again will have the highest ambitions," added Šádek.

Also player´s agent Viktor Kolář from Sport Invest agency released his statement: "Ondra came back to the Czech Republic after his injury and Viktoria believed in his abilities and motivation to play again on top level. In Plzeň there is an ambitious organization. Also there is a fresh motivation that came with the new coach and mostly enormous passion to move the team forward. Ondra is a part of this project and we feel it´s the right decision for everyone."

We would also like to inform you about one other thing. Ondřej Mihálik will change his jersey number in the next season from 37 to 17. "It is my lucky number, I had it since I was a kid, in all youth national teams. I want to continue with it and have it also here," Mihálik smiled.