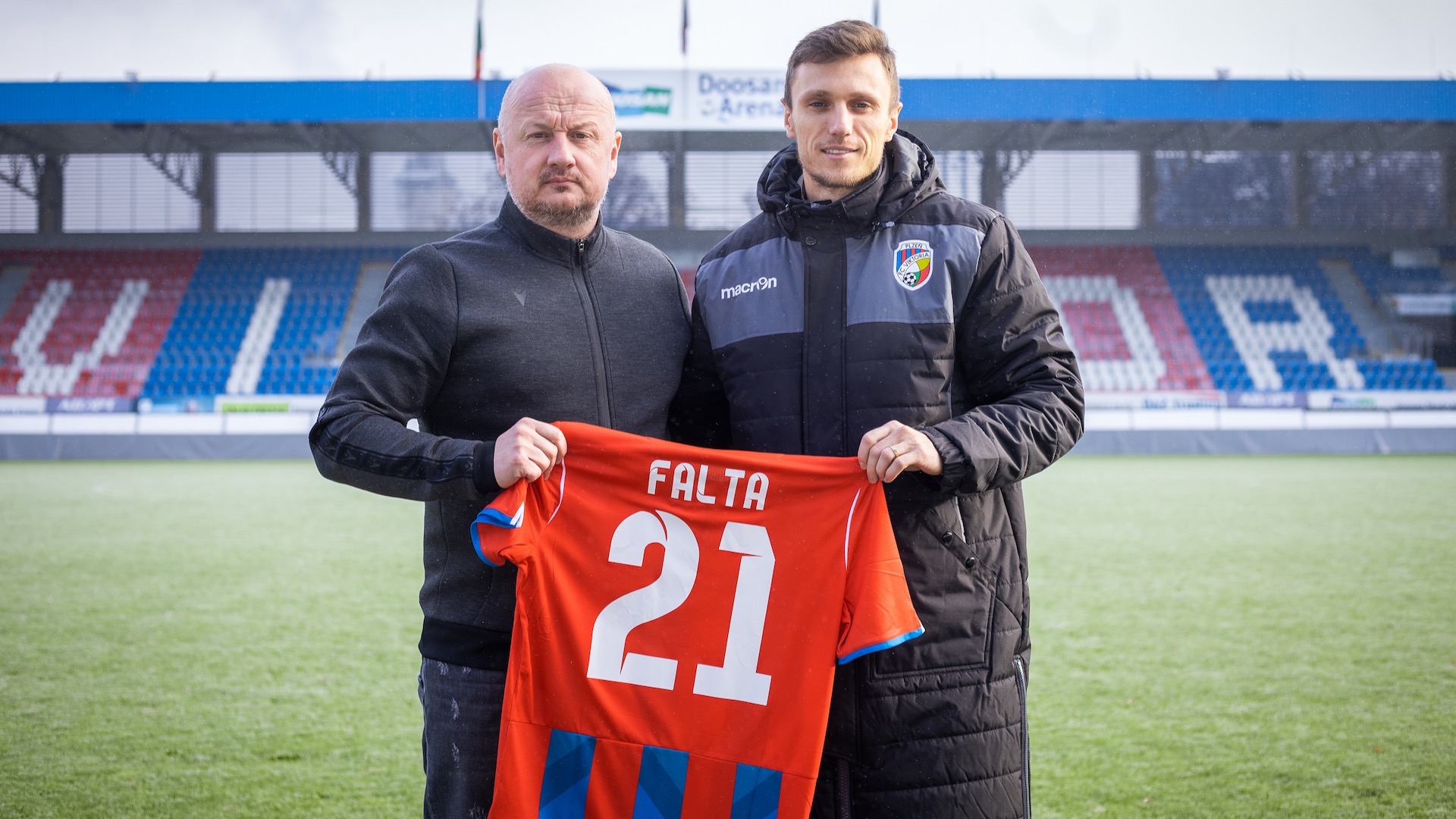 The 2020/2021 spring period is coming and Viktoria Plzeň announces a new signing! Šimon Falta, midfielder from Sigma Olomouc, sings two and a half year contract with our club.

For the 27-year-old midfielder, it’s the first time he changes teams in his senior years. He dressed up in Viktoria colors yesterday for the first time, as he joined the training session right away. He picked the number 21 for his kit.

“Šimon has been proving his qualities for quite a time. He became one of the key members of his team, he played almost every game and performed excellently. His performance caught our attention and I am really glad we can welcome him to our squad,” general manager Adolf Šádek stated. “I hope he will follow in Lukáš Kalvach’s footsteps, as he also came from Olomouc and he quickly became one of our key players. I believe he will fit in the team well and I wish him all the best in our club,” the general manager added.

“We are glad we could make the transfer happen. Šimon came to one of the best clubs in the league and it’s another huge step forward for him and his career,” stated David Nehoda from the Nehoda Sport agency, which represents the player.

“I was very pleased with the offer from Viktoria and I am glad both clubs came to an agreement. It’s a huge challenge for me, but I am looking forward to it and I want to help the team,” Šimon Falta had said after he signed the contract. “My first impressions are great, I really like the facilities of the Doosan Arena and the arena itself,” he added.

The 27-year-old midfielder has played in Olomouc since he was 14 years old. He played his first league game in March 2013 against Jihlava. Since then, he has been settling in the team and strengthening his position. He scored a total of 147 starts in the Czech top league (and two more seasons as well, as Sigma Olomouc played in the second league in the 2014/2015 and 2016/2017 seasons). During those 147 games, he scored 15 goals and added 17 assists. As far as the current season is concerned, he played all 14 league matches and he scored twice - against Brno and Plzeň.

Šimon Falta has two national team starts in his football-CV as well. He made his debut at the tournament in Qatar against the team of Iceland, as he stepped in for the last couple of minutes. In the next game against the home team, he was already in the starting line-up.